Doing the Can Can

Yes Big Berth was out of the cupboard today
Put on her dancing shoes and we can canned in the kitchen together. 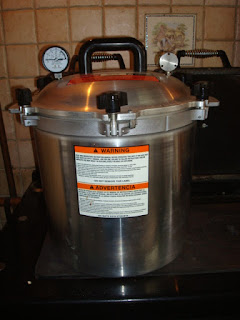 Last night I made up a pot of leek and potato soup and thought I would can the soup rather than freezing it, as was going to have a canning session thought I would do a second batch of soup and can the lot in one go. 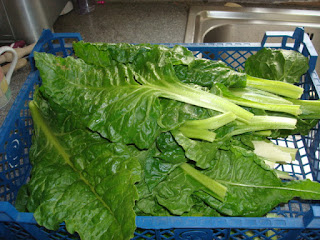 I picked a load of spinach from the poly tunnel 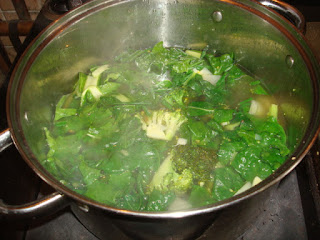 added some broccoli that was in the fridge, some onions, some fresh chives and used up the other batch of chicken stock
Once the soup was made I re-read the canning soup instructions
It is recommended when canning soup not to puree it before canning. Also not to add pasta or rice add them when re-heating, also don't add any dairy products.
I sterilised the jars in the oven and lids in boiling water
and got started. 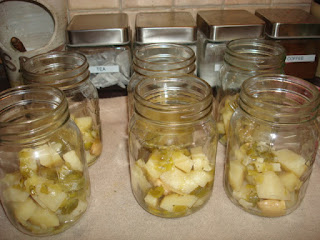 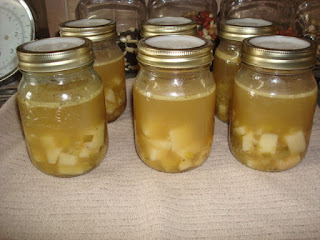 Then add the liquid, this way all jars are equal and you are not going to get some with lots of liquid and very little veg. 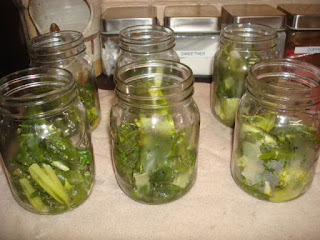 I did the same with the Spinach and broccoli soup 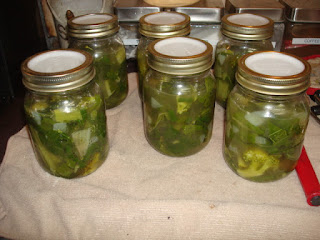 I am using the tattler lids on the jars, they are plastic with a rubber seal and are reusable. 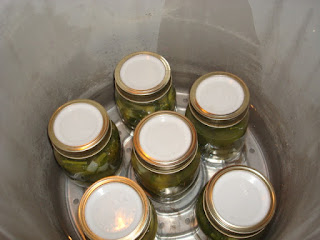 First layer of jars into the canner 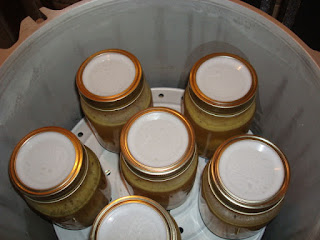 Then the rack and the next layer of jars.
lid went on canner brought to temperature 240deg and kept under a 10lb pressure for 60 mins 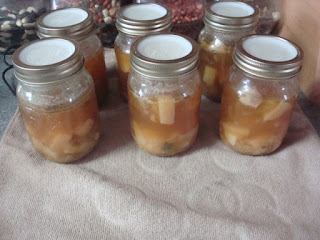 6 jars of leek and potato soup 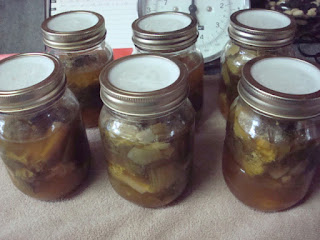 6 jars of Spinach and broccoli soup
To use pour out warm up puree if preferred and eat, storage is 3-5 years.
I like my soup pureed Martin likes his lumpy now we can have what we prefer.
It was easier than I thought so I think more canned soup is on the agenda.
Now I had an exciting delivery today 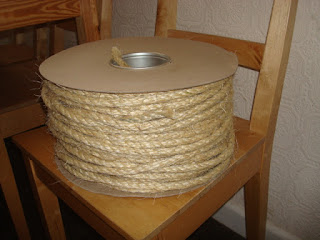 100m of Sisal rope,
I have had this in mind for some time,
Its suppose to rain tomorrow so I may get a chance to try it out
more to be revealed later.
Off to do the Violet jelly now
catch you later