It Started With A Shelf

For sometime I ave been thinking about a shelf in the kitchen,
Not just any shelf, a shelf to go above the Rayburn
Its a place that is nice and warm ideal for putting bread to rise
At last I decided what shelf I wanted and ordered one 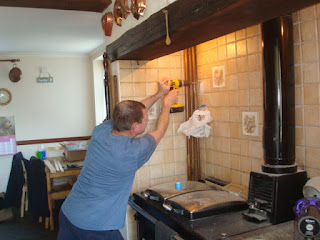 It was Martins first job of the day, and it was a sod to drill the wall as well, we do have plans to re-vamp all the kitchen, but not until we do extension work, there is no rush would much prefer to get everything established outside first. 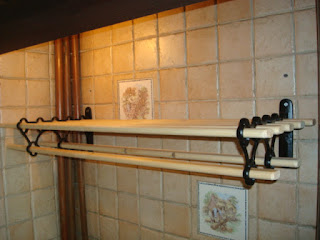 Shelf in place, you can see the screw holes up above it, I changed my mind about the position 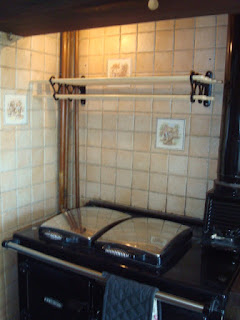 I hadn't considered the beam above the alcove 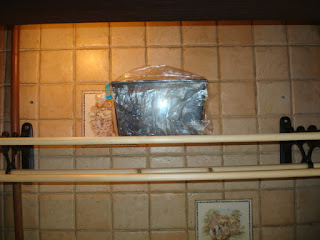 Perfect place for the bread, now I wont keep shouting shut the door your letting all the heat out and I am trying to get dough to rise. 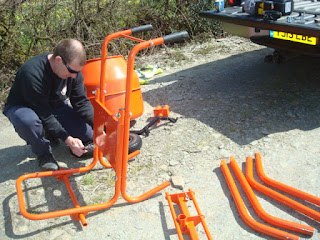 Martin brought back lots of goodies, a cement mixer for him 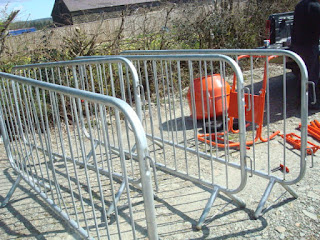 And crowd control barriers for me. 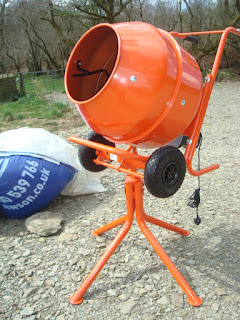 The cement mixer will be put to lots of use as we have a few jobs coming up that will need concrete, when we do the new Alpaca shelter it will have a concrete floor, as will Martins workshop.
In the meantime 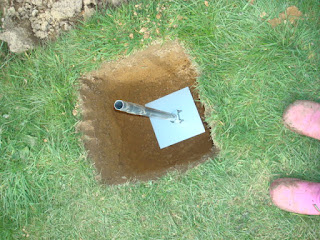 Its being used to mix the concrete to fill these holes,
The anchor points for the new Poly Tunnel.
50cm deep, anchor point goes in and its filled with concrete.

While Martin was doing all that I was digging 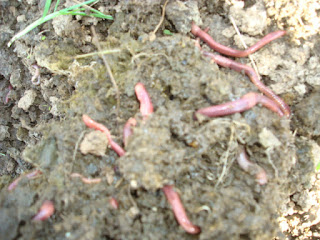 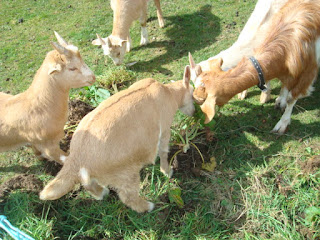 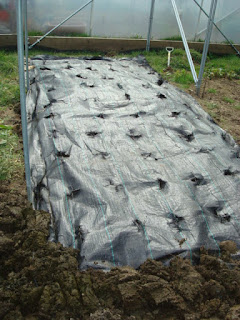 I finally got the new strawberry bed cleared and membrane down.
just need to get the strawberries in now.
then a mulch on top.

We had a try of the violet jelly, 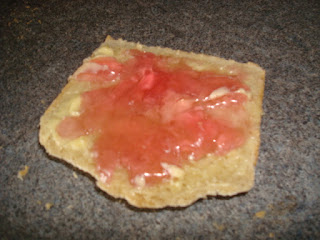 There is no overpowering taste of violets just a hint, but a nice refreshing taste. 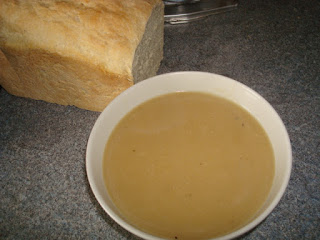 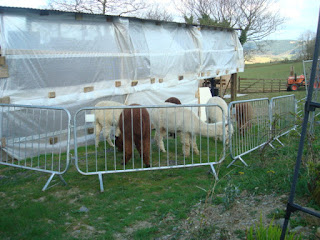 were put to use, we closed off and allowed the Alpacas in to part of the garden to take the grass down, they did a great job.
We will use them as a movable fence.

It was beautiful weather yesterday and today looks to be the same,
The forecasters go it wrong, no Arctic blast and no rain, we haven't had rain for almost two weeks apart from the odd little shower that stopped as soon as it started.
Time to get and enjoy the sunshine, going to get some planting out done.
Posted by Dawn at 00:45:00