The Poly Tunnel In April

April is a busy month in the poly tunnel,
Lots of planting out to be done.
Lots of watering and weeding. 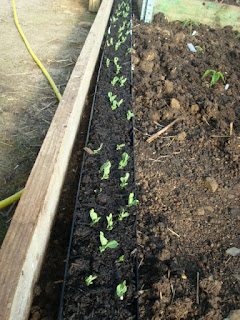 The peas in the guttering have all come up,
they will be planted out next week. 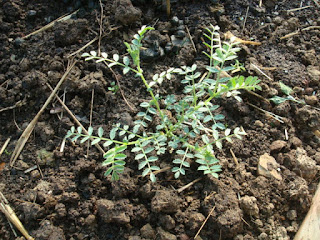 Chickpeas are putting on plenty of growth,
last year these were a bit of an experiment and sown late in the season, this year I was on the ball and got them started in plenty of time. 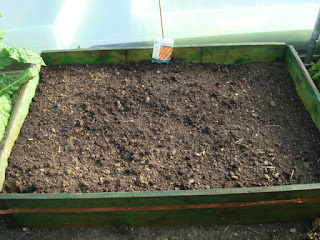 A new bed of carrots have been sown, our ground is very stony
so I have done a bed specifically for carrots. 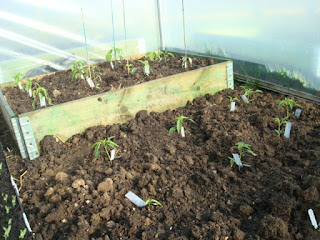 Peppers and chilies that were planted the other week have settled in and are starting to come on great. These were started back in January, they need a long growing season to get a decent crop. 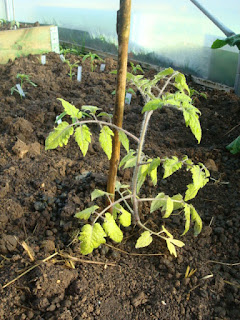 I didn't want to plant tomatoes in this poly tunnel this year,
but these ones were once again out growing there pots,
there was two of them so I found a space and got them in.
The other tomatoes will hang on until they go into the new poly tunnel 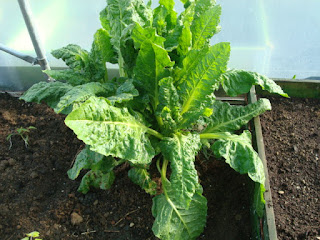 Spinach is still doing well, this a perpetual spinach that just keeps growing. 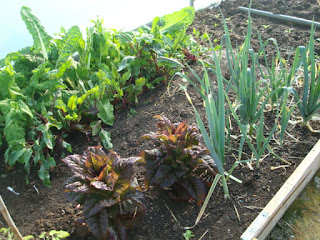 Heritage lettuce ready for picking, also beetroot Swiss chard and leeks I will be using some of the leeks this week end,
A row of radish and another row of beetroot have also been sown in the space between. 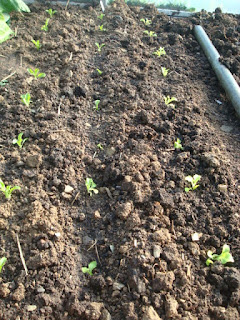 A nice mix of young heritage lettuce have bee planted here,
any we don't use will go to the animals. 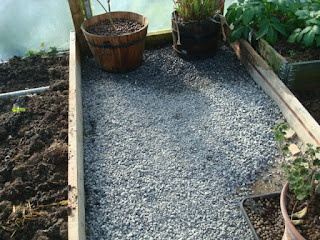 I have started putting down the gravel that was in the greenhouse,
to the left is the melon bed forgot to photograph that 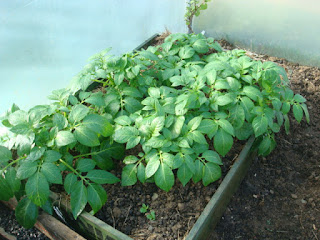 The early potatoes from our own harvested potatoes are looking really good. 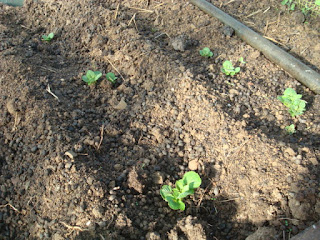 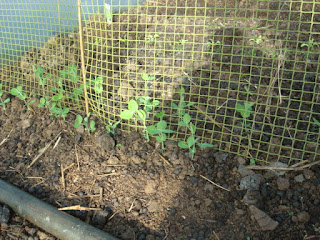 The peas are starting to climb 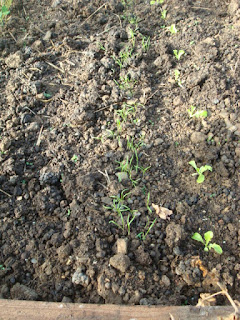 Bulb fennel really pleased with the germination, now need thinning out, and there is another row of lettuce beside them. 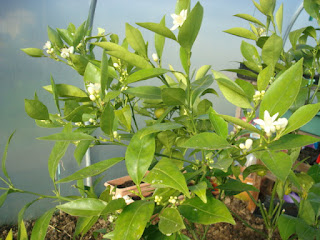 The citrus trees that are being house here temporarily
seem to be enjoying the poly tunnel environment, they are all bursting into flower 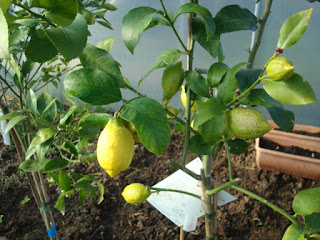 And fruits are swelling. 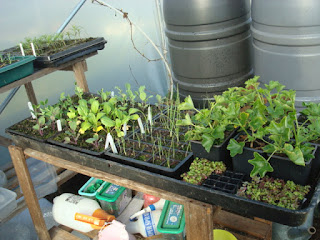 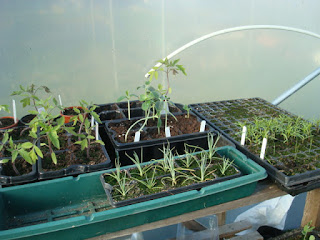 The carnations I took cuttings from have all rooted,
more tomatoes 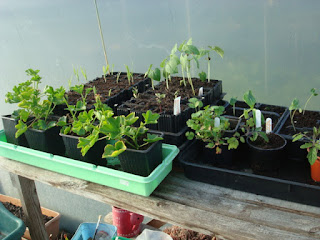 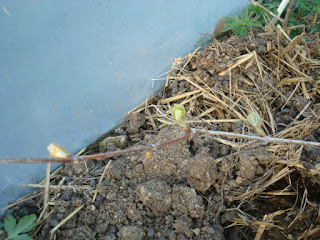 The two grape vines are leafing up 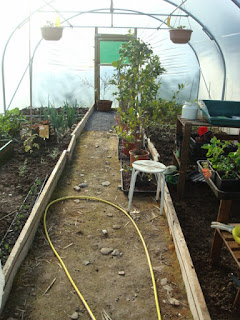 Its all becoming rather full 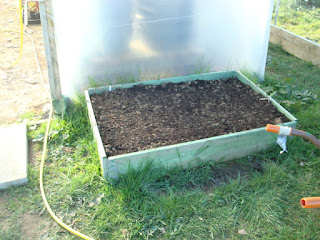 This bed outside the tunnel door has been sown with parsnips 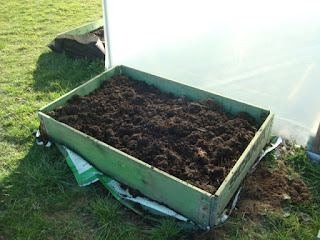 and on the other side is were the courgettes will go. 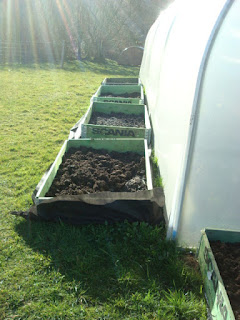 I am getting these beds filled this were the squashes will go. 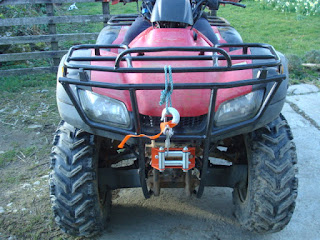 While I was busy in the poly tunnel today,
Martin was servicing the quad bike, changing what ever the things are you change in a service he has also fitted a new winch and painted up the bars, all ready to go again.

Sol had his tooth out yesterday it was another difficult night with him as the anaesthetic was wearing off, I managed about three hours sleep, feeling pretty shattered today and have one of those thick heads from lack of sleep, Sol is fine now and back to his usual self minus the tooth ache, he even managed to chew on a carrot.
The lambs are all doing great now without a bottle although still noisy if they see me. Bad broody hen deserted her nest and the eggs went cold and chicks died, two of them were just pipping as well, she must have left the nest in the evening.
I gave her a telling off she is still looking after the adopted chick,
I will set more eggs next week in the incubator and if we get another broody she wont be sitting on eggs.

That's it all up to date again, we are now going to have dinner and settle down for a quiet evening and early bed I think for us.