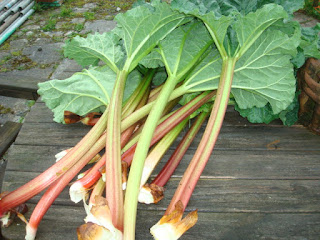 I got round to harvesting some Rhubarb today 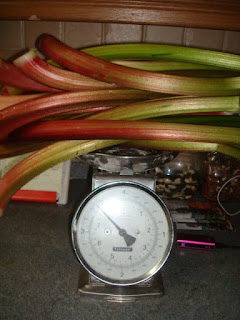 There was just under 8lbs I dug around for some recipes 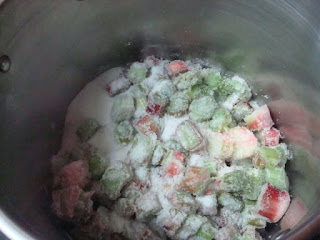 First up was a recipe I had from my grandmother, Rhubarb and Ginger jam, this was a favourite of my dad's unfortunately I never got round to making it for him, I was passed the recipe from and aunty just before my dad passed away, it was the original written out by by grandmother, 4lbs of chopped rhubarb 4lbs of sugar leave to steep for 3 days, I now have that on the way and will continue with it on Friday. 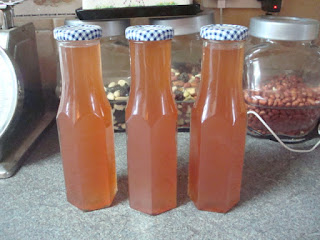 Next up was some Rhubarb syrup, recipe HERE
It was really easy to make I doubled up the recipe and made 3 bottles of the syrup 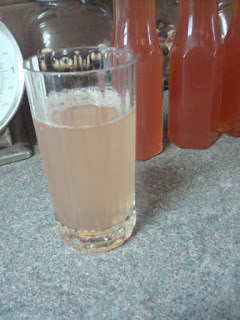 The syrup can be used as a cordial I tried some with water and it was very refreshing. 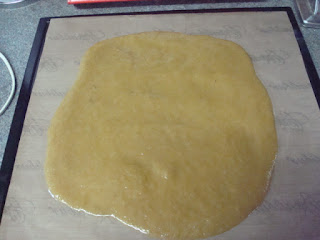 I stewed the rest of the Rhubarb and mixed in the pulp left from the syrup, blitzed with some honey, I spread it out on trays and popped it into the dehydrator to make some fruit leathers. 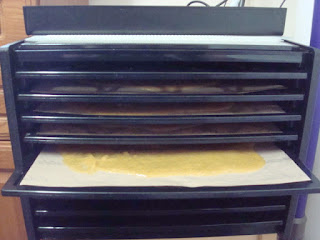 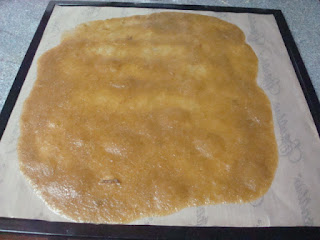 They are just cooling off before I roll them and cut into pieces,
There is info here on how you can do it in the oven as well as a dehydrator
www.savor-the-rhubarb.com/rhubarb-candy.html

While I was having  kitchen session I made another Tiger loaf 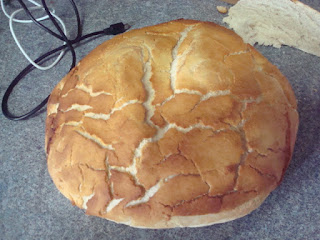 I had to have a slice hot with butter as soon as it came out of the oven.
I did get a little time outside
while in the poly tunnel I found this little fella 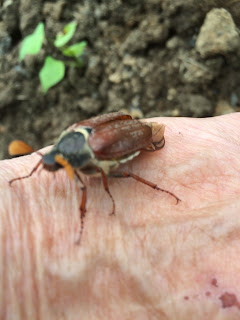 Trying to get a photo of him sitting on my and was no easy feat,
Its a Chaffer Bug, also known as a May Beetle.
I let him go outside.
Now Do you know what vegetable this is 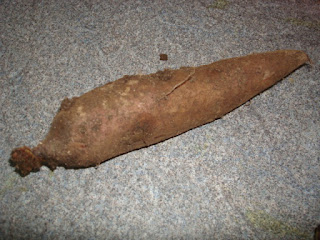 I
This was the first time I have harvested them, and my second year of growing them 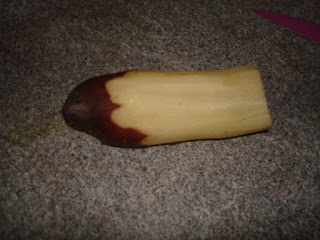 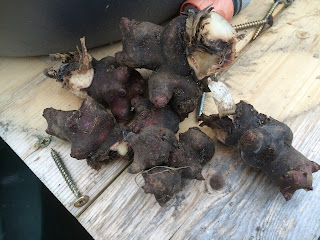 They produce two lots of tubers, the big edible one and these small knobbly ones that can be re-planted to grow more plants.
My plant was started two years ago from one small little knobbly bit.
On that note I will leave you to ponder it, I will tell you more about later in the week as I want to try something out with first.