Down The Drain It Goes 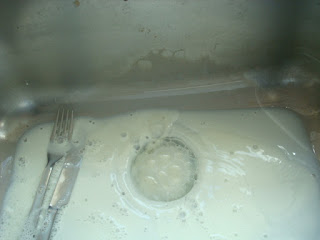 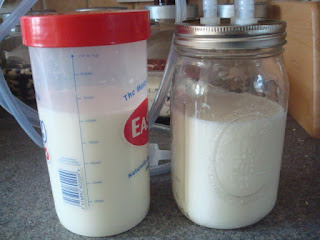 For five days we have to withdraw the milk and throw it away,
why ?
The goats were wormed on Monday and there follows a five day milk withdrawal period, its classed as unfit for consumption because the medication can be passed over in there milk,
I am not taking chances and will follow the vets advice.
Never mind two days to go then we are on to using the milk again.
Lucky I have plenty of there milk in the freezer, just taken some out this morning to defrost ready for tomorrow and Saturday.
In the goat house I get a chance to watch these little cuties develop and grow 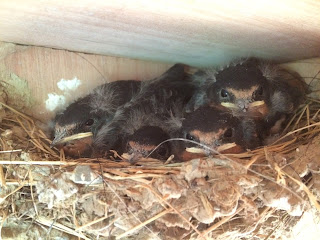 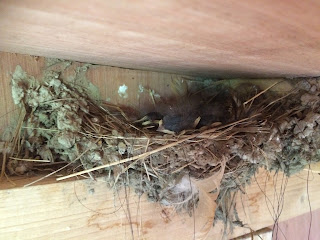 and little bundles of fluff emerge to a new generation,
I do enjoy watching the swallows catching there food on the wing, although there is not as many about this year.
Talking of nests 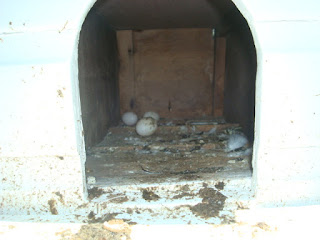 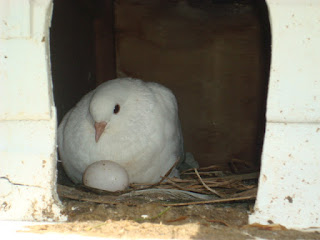 In another this dove is sitting sometimes on the egg sometimes not, and has built a sort of nest, they are only young birds so I don't think they have got the hang of it yet. 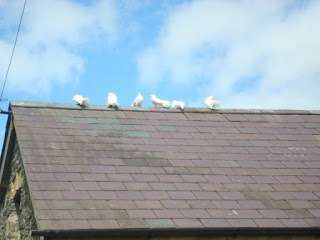 This is were they tend to hang about, from what I was reading, the males sit on the eggs during the day and the female at night, when they hatch young they feed them a milk that they regurgitate the milk then becomes more solid as the chick grows and contains seeds, until it can handle solid food.
I don't think I will be incubating eggs, too much involved let the birds get on with it.
Now there is more on incubation, next door had a fox attack the other night several were taken along with a broody that was sitting on eggs, neighbour brought the eggs to me to pop in the incubator, we don't know if they will make it, there was four in total.
One of mine has gone broody I have popped two of the eggs under her and two in the incubator, she is still sitting tight so I am going to pop the other two under her, if the developing chicks have survived they are due to hatch on the 6th or there abouts.
I am hoping a couple of them will make it we will have to see.
tomorrow is now shearing day we don't have rain on the horizon so I hope it all goes ahead, lots of shearing photos to post tomorrow. 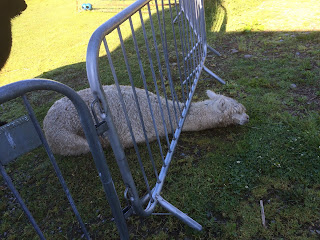 No Imogen is not stuck a whole field of lovely grass and she want the scruffy bits growing on the driveway.
Off to vote now thinking of staying up for the count, this is the one vote I am really interested in and fairly excited about.