Yesterday I had planned a day between the kitchen and the poly tunnel as they said it was going to rain
We didn't get the rain again, we have had showers over the week end but no major rainfalls like the rest of the country, I think the rain runs out before it gets here.
I did spend time in the poly tunnel 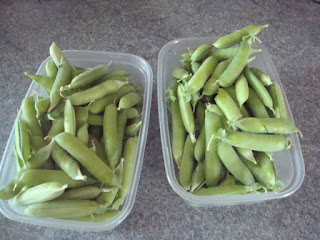 Harvesting peas, these are not the usual ones I grow they are called Alaska and American podded pea, they grow tall but the pods are shorter than what I usually grow, nice enough though, this has been the second picking and there is more to come. 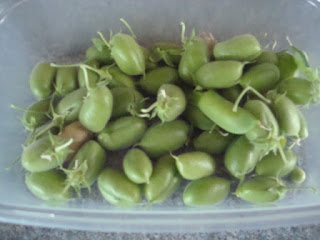 I picked some of the chick peas, there are loads more to pick
I am now leaving whats there until the leaves start to shrivel then I will pick them and dry them, 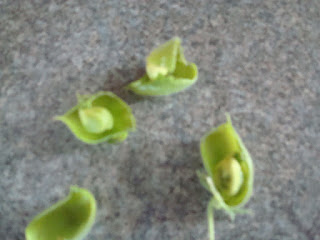 You only get one or two in the pods, I am adding the green ones to something over the week end. 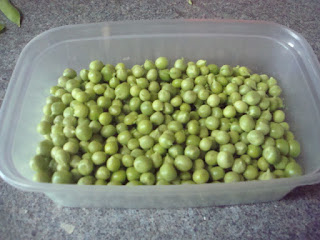 The peas podded are now in the freezer, there is enough for a meal for the two of us. 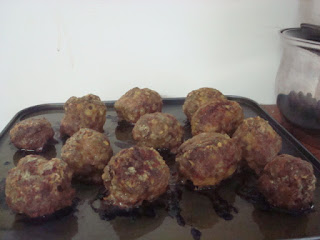 In the kitchen I knocked up another batch of meatballs, enough for two meals now in the freezer. 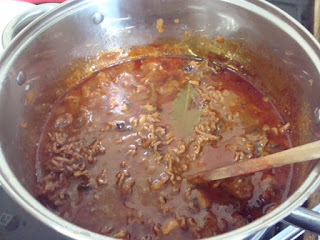 A big pot of bolognase enough for 4 dinners, again in the freezer, I like having ready meals that I can just take out and re-heat, cooking is way down on my list of enjoyable tasks.
I also made up a few spicy beefburgers 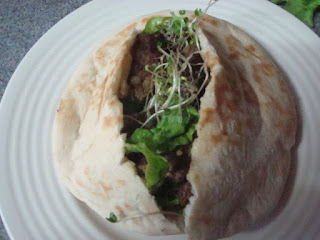 I had one in a pitta bread with salad from the poly tunnel and sprouted seeds, there is another couple in the fridge,  I cant re-freeze them raw as the meat came out of the freezer, we will have them at the week end.
I was tying up tomatoes again and nipping out side shoots, fruit is now setting so its time to start feeding them, I was also setting some more seeds for lettuce, spinach spring onions radish and beetroot, its all growing away like there is no tomorrow.
Posted by Dawn at 00:03:00

Email ThisBlogThis!Share to TwitterShare to FacebookShare to Pinterest
Labels: Peas