I have been working outdoors between showers 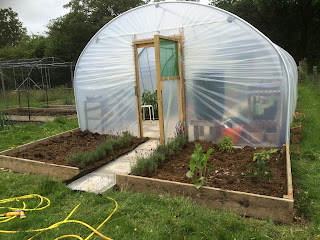 I have started planting up in the beds that my son put together for me at the front of the poly tunnel, they have both been edged with Lavender that I had left over from planting out along the front of the drive, the bed on the right has been planted with a purple comfrey and and white comfrey that I got for mothers day, along with horseradish and lemon balm. The bed on the left so far only has a few small Camellia Sinensis (tea bushes) I have a few other things in mind to plant there. 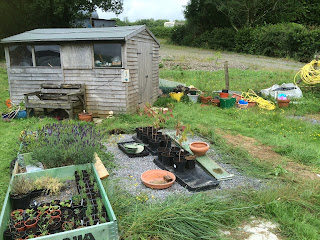 My son took down the old small poly tunnel for me, now have to tidy this area, the gravel area will be cleared I might plant up some mints there not sure yet. 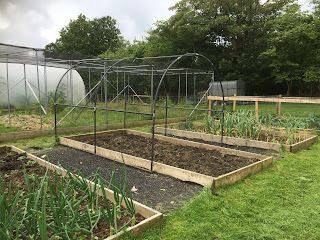 The frame has been re-located and put to use on this bed,
I have put netting on each side and sowed another couple of rows of peas along the sides, the remainder of the bed is to be planted with spinach and swiss chard, I have them growing already might get out at the week end. 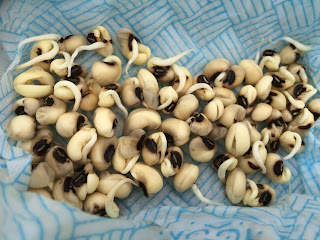 I am having a go at growing some of these beans, just taken from a packet of dried beans in the cupboard, they are called Black eyed beans and its what I use to make baked beans, I germinated them on damp paper, they have been sown in the the poly tunnel, I don't know how high they climb and assuming they climb, I have put up a net frame for them. 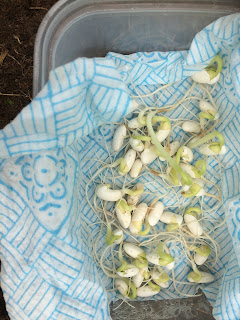 I had a few Blue Lake french climbing beans left in a packet, I germinated them 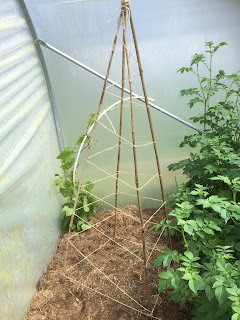 put together a little wigwam for them in the poly tunnel there is only a few beans so they should manage in this corner.
Space has become very limited in the poly tunnel, as soon as there is a clear area it is being put to use for something else, I will do a poly tunnel update next week.
In the goat house the swallows have fledged. 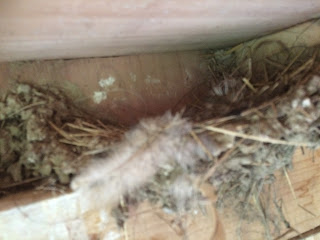 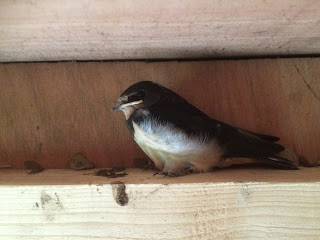 One of the fledgings hung about on one of the beams for a few days, cant blame him who wants to be out there in that rain.