I have had a few sessions in the kitchen this week,
It started with a harvest of thinning's from the garden 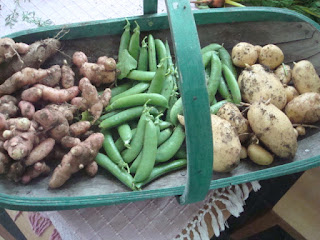 There was a stray potato plant growing from a missed potato a nice harvest from that on the right, on the left one of the pink fir potatoes insisted on growing across the path in the poly tunnel and trying to trip me up so up it came, the main peas pods were swelling it was time to start picking the more you pick the longer they produce for. 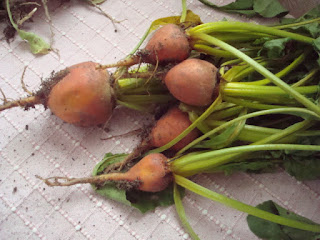 Beetroot thinning's, this lot is an orange beetroot 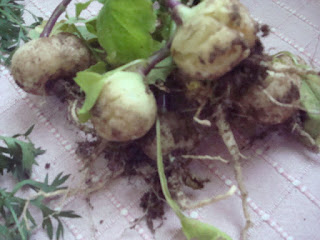 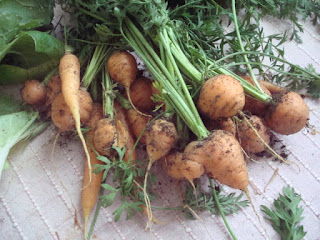 Carrot thinning's, the carrots were all left over seeds in packets I mixed them up and just scattered them in the area I was growing them, I think there was four types, I have now thinned them out to give the others some room. 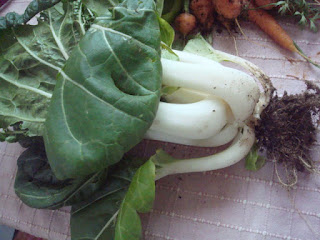 Pak Choi it was just starting to produce a flower head so it has been whipped out. 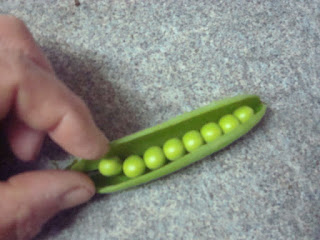 The peas are all shelled, I love a perfect pod of peas, these are grown from our own peas two years running that I have dried for growing on. 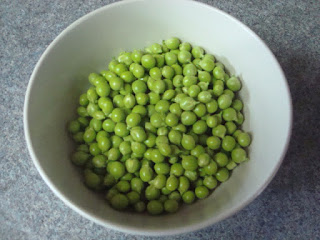 A nice bowlful now in the freezer. 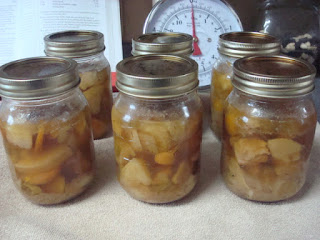 some of the potatoes carrots and the young turnip were cooked up with some of our own pork and canned for future meals. 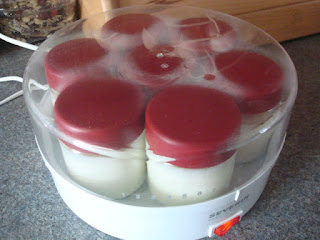 I made up a batch of yogurt using goat milk 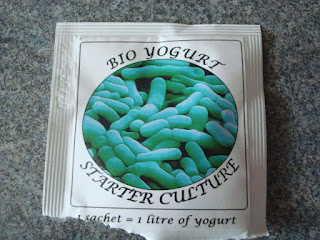 I use a starter culture for yogurt, this one makes a lovely thick creamy yogurt, I will make up some more using the yogurt as a starter I find I can do this for 3/4 batches sometimes more. 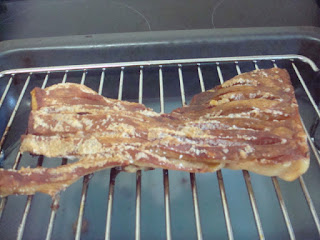 I cooked up the crackling off the pork, a treat for Martin he does like pork crackling, cant stand it myself. 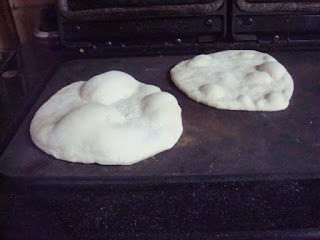 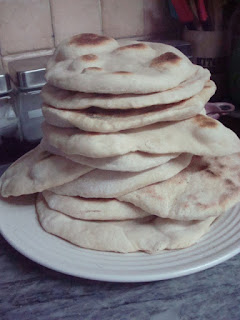 The batch made up a dozen big size pitta breads I will defiantly being doing these again, the recipe can be found HERE

In the recipe she did them in a skillet then popped them under the grill to do the top, I did them on the griddle and just flipped them, they were really easy and they are very tasty, need to make up a few more batches and pop them in the freezer. 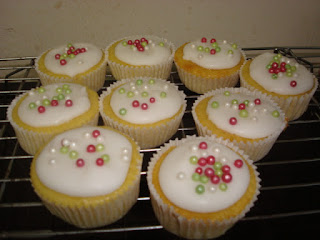 Start of the week I did make up some little cakes for Martin to take back with him. 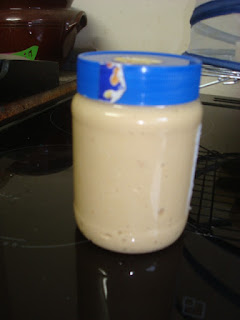 Another batch of peanut butter was made up 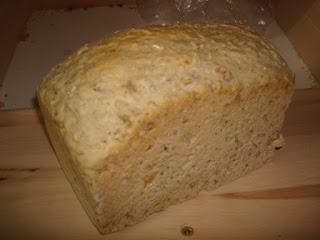 And a seeded loaf
That's enough time in the kitchen for me this week
Posted by Dawn at 02:57:00