Not To Everyones Taste

Yesterday it was time for the first of the goats to be slaughtered, 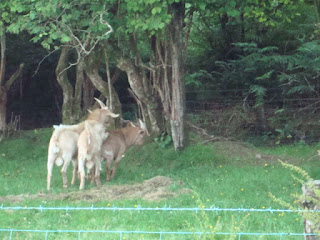 We have raised three young bucks 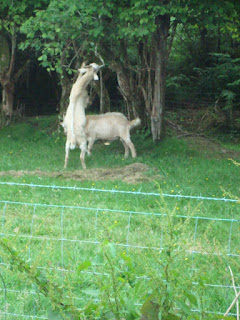 At 5 months old they are a size, bigger than there mums 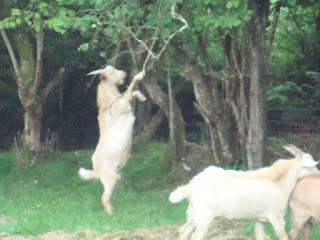 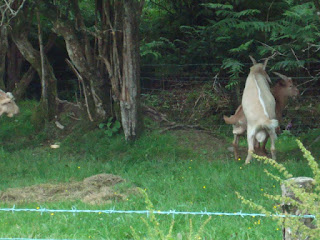 They were not castrated, 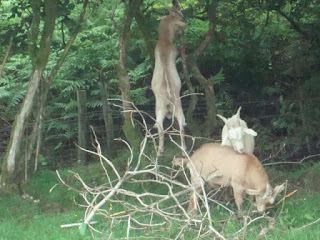 And we never had them de-horned, any future bucks will be castrated and de-horned, 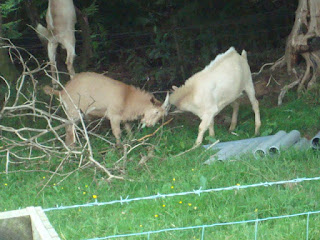 They spend a lot of time sparing with each other 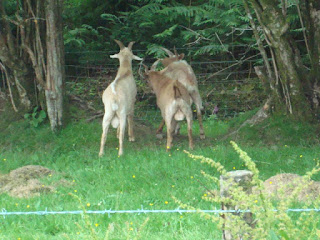 They have been fully weaned now for about a week, this week I had a tussle with the biggest and nearly lost an eye with one of his horns, he caught me on the forehead about an inch above my eye, this was the deciding factor it was time for him to go before he caused a real injury. 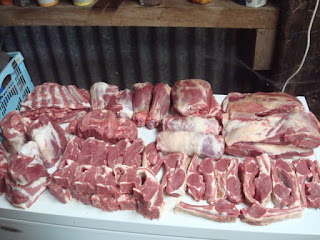 Martin did the butchery and made a grand job of it, we got 21kilos of meat in total, the buck weighed in at about 35 kilos, ideal slaughter weight is suggested at 40 kilos, so he was just under, there is a lot of meat and very little fat, the other two bucks we will keep on a bit longer, we have kept the hide its in the freezer and when we have some time we want to have a go at tanning the hides.
The males were always destined for the table, how do I feel about this, perfectly fine they have been raised well, freedom to go outside, climb, jump and play the quality of the meat shows this. They have spent 5 months feeding from there mums had a good varied diet and felt the sun on there backs when it did shine. The bucks have never been named because they were destined for meat.
I know not everyone will approve of this but that is what we raise them for. We will enjoy every meal.
Posted by Dawn at 11:19:00