Who Lurks In Your Plug Hole

Yesterday morning I went to have a shower, turned it on to warm up, undressed, stepped in the shower,
got all soap up and noticed that the water wasn't draining away,
I looked down at the plug hole and froze, I could see something furry climbing through the soap suds, thinking the worse was it a rat, our plug hole in the shower is fairly deep.
As the creature climb up further I could see it wasn't a rat,
it was a 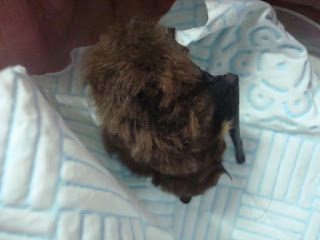 Bat, now I had to decide what to do, naked dripping wet covered in soap, I scooped him up and popped him in the towel, took him downstairs and put him in a box with some kitchen paper to dry off and recover from his hot soapy wake up call. 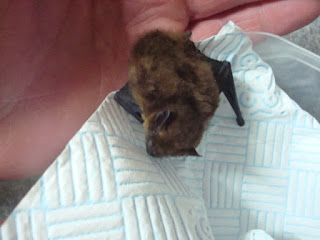 He was released in the evening the cleanest bat out there last night, how he got in the plug hole we will never know.
Today was a lovely sunny hot day, I have spent the day weeding the veg areas and fruit cage.
A bit of a wander around the poly tunnel and picked the first couple of chilies 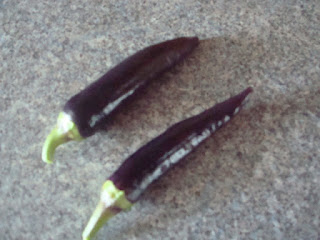 I also did a bit of a tidy up of the grape vine,
I used some of the leaves for dinner 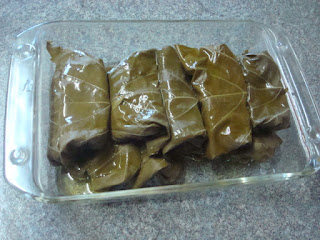 Stuffed vine leaves we had them with some
pulled pork 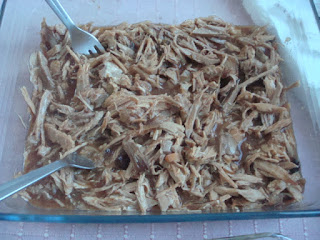 We have got a lot of jobs done this week, its all starting to fall into place now or at least it feels like it is.
Another bit of news the rescued eggs from our neighbour after she had a fox attack, I had them under a broody well they have hatched, there was four we know at least two have hatched we should find out in the next day or so if they all made it.
Posted by Dawn at 13:29:00