Quick Walk Through The Veg Beds

Now we have the two poly tunnels we have reduced the outside growing area to just 5 beds 1 of which is permanently planted up with Asparagus, Globe Artichokes and Jerusalem Artichokes 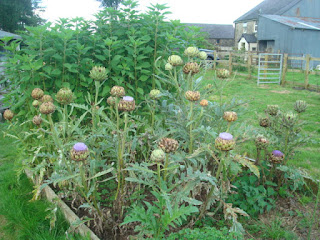 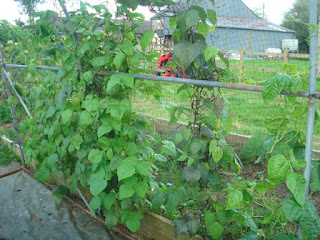 They have been slow to produce this year 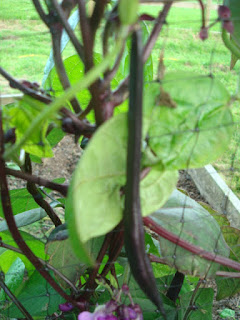 But now they are off and producing, I have had one picking and a second is on the cards 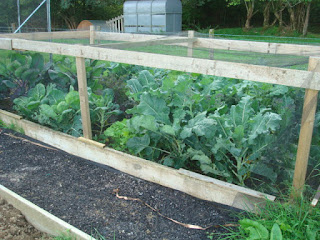 The brassica bed which we covered with a netted frame is doing well, 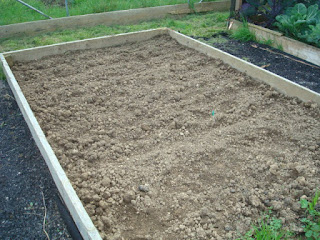 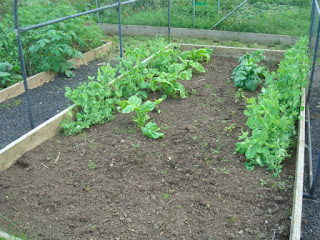 This bed was cleared of leeks and onions and now has more peas along each side with spinach and swiss chard in the middle at the front more beetroot has been sown. 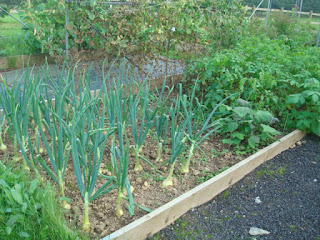 This bed is full of onions leeks and potatoes also along one side opposite the beans is peas, this one row of peas has produced almost 18lb of peas, and what is on there now will be left to go to seed for next years crop. 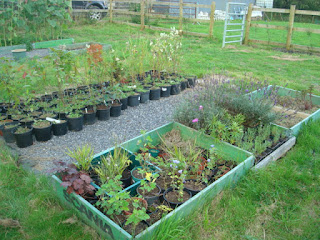 Where the small poly tunnel was is a holding area for plants waiting to go into the main garden and young trees that will be planted in Autumn. 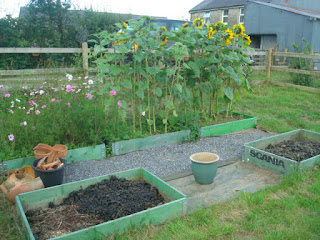 Where the greenhouse use to be beds have put in place for Sunflowers and a lovely bed of cosmos, the bees love it and I like to cut them to come indoors, other beds are being prepared for next years planting. 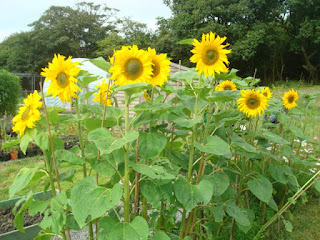 The sunflowers have been great, the seeds will be added to the chicken feed. Although I do want some of the seeds for growing on next year. 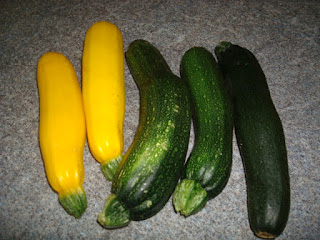 Courgettes are now coming and being picked every few days 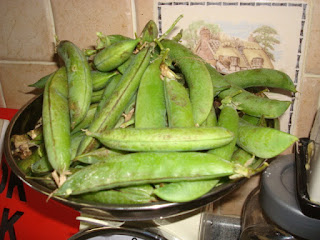 The last peas picked from the main row, just 1lb 7oz today.
It will be a few weeks before the next lots of peas are producing but we have plenty in the freezer and there is loads of other veg to eat in the meantime.
Diary
Monday October 18th 1982
Went to Llanybidder mart, got there at 9-20am left at 5-45pm, Douglas bought 46 Welsh Mountain Ewes + 132 Specklefaced ewes. Total of 178 @ £5,184.50 average £29.60 per head.
Douglas and Molly went back home, Douglas, John and I were all given lucky money.
Phoned mother for Michaels address, left new ewes in the yard for the night, 98 full mouth 80 broken mouth.