The First Of Many

Yesterday I picked the first corn on the cob 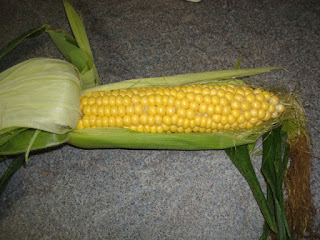 It was just perfect
withing half an hour it was cooked and in my tummy
sweet juicy and so delightful
there is still plenty more,
they have been a real success in the poly tunnel.
I also cooked a joint of pork all day in a slow oven 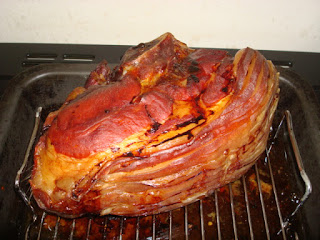 my other daughter arrives today, cold pork with salad from the garden and new potatoes for dinner.
I also got some bacon on the go 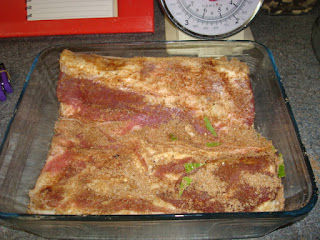 it wont be ready for a couple of weeks,
I have gone back to using a tried and trusted recipe for curing having tried a few others I much prefer this one.
Bacon method I am using can be found HERE
The Chorizo sausage have been moved out to the fridge in barn 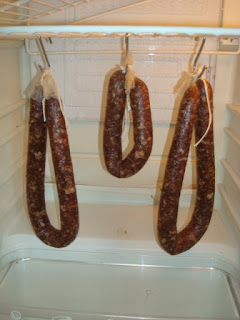 Sorry Martin the beer had to go,
they have to hang somewhere cool and dark for a month,
when I was researching into making them it was suggested that a fridge could be used providing you are not opening it all the time.
If this works out well then I may look round for a tall larder fridge for this type of thing it could also be used for cheese.
Last night I settled down with a bag of pop corn and a mug of tea with my feet up and watched the film Lady In The Van on prime, I wasnt that impressed with the film, very droll at times, never mind I glad I watched it at home if I had paid to go to the cinema I would have been annoyed at wasting money.
Diary
Saturday October 16th 1982
Up at 8o'clock got Piggy in,
made breakfast went to Carmarthen shopping, Douglas bought two chain saws a Husqvaran  and an electronic one, then went to market. Douglas bought two single beds and headboards to be delivered following Tuesday.
Home about 20 to 3 pm, Cattle sheep and Lawrence arrived about 3-30pm. Rained all day.
Dinner at 7pm washed hair did some washing by hand.
Joynsons phone with information about some sheep.