I Amaze Myself Sometimes

Yesterday I was experimenting with the steam juicer, after doing the grapes I thought about putting the juiced grapes into the dehydrator, after all I had nothing to lose 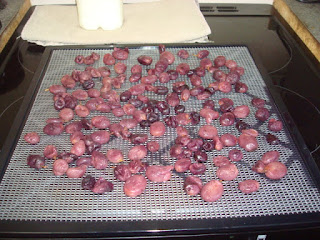 When they went into the dehydrator 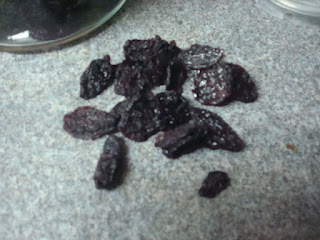 when they came out 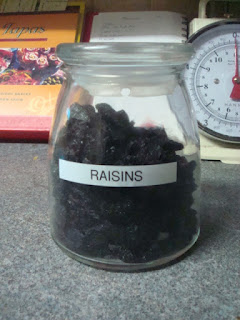 yes they are raisins, look like raisins and taste like raisins,
I am surprised you didn't hear me shout eureka.
I did do a bit of research on line first, black grapes make raisins, green grapes make sultanas, and currants from a very small bush grape. 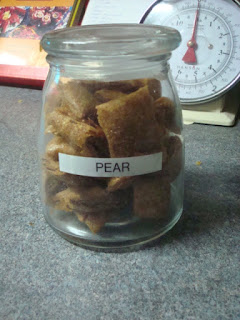 The pear pulp was turned into fruit leathers, rolled up and snipped into chunks for snacking on. 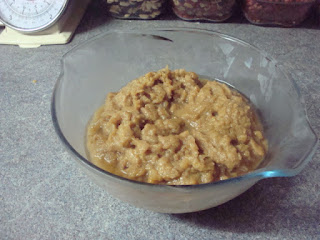 Today I did a crate of apples, the pulp will tomorrow be turned into apple leathers. 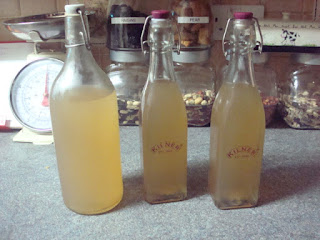 There was a good amount of juice from them to.
The fruit juice from the steam extractor is pasteurised because its exctracted by heat.
Taste wise it taste like the fruit it has come from, I suppose the best thing to compare it to is the long life fruit juice you get in cartons.
I have visitors arriving this evening, most of my day has been spent preparing for them, more bread, making up beds and sorting out for tomorrows meals.

Diary
Tuesday November 2nd 1982
Up at 8am, letter arrived from mother with cutting of Michael winning trophies.
Drenched 31 ewes, and hired ram with fluke and worm, trimmed feet and marked with blue S, trimmed prince and bathed him.
Electricity phoned coming tomorrow late morning.
Bed at 10-30pm
Posted by Dawn at 12:45:00