I was up at 5-30am and got started with a few jobs in the kitchen,
First up was a Raisin Loaf 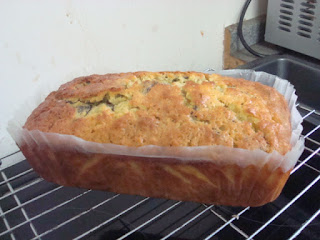 I made it with some of the raisins I made the other week,
Once everyone was fed and watered I picked some courgettes 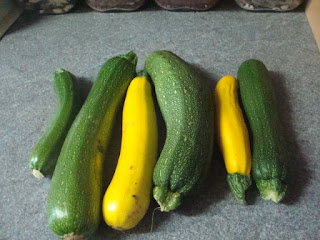 They are starting to slow down but there is still some coming on, I am really happy with the courgettes this year, I only grew on two plants one yellow one green and they have produced a steady amount for us. 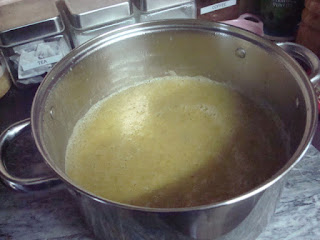 I made up a pan of a thick courgette soup with three of them, the soup has a nice spicy kick with added cumin coriander and Cayenne pepper.
I had to pop out a pick up a few bags of animal feed, while I was out I popped into Thomas's fruit and veg to see if they had any more crates of grapes
bingo

I got six boxes 3 of each colour for £1, I had already made a start with them when I took the photo hence why there is one missing.
I started with the green grapes, into the steam juicer 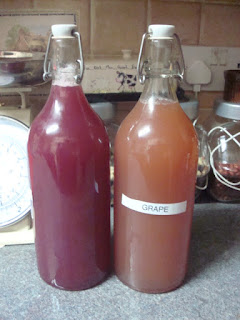 Then it was the turn of the black grapes, two nice bottles of grape juice, 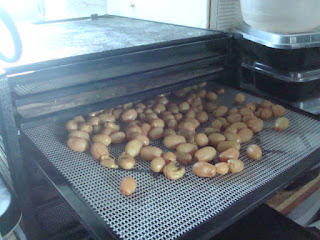 after juicing the grapes were popped into the dehydrator, I am hoping the green grapes will be like sultanas when they are done.
They did have some wooden crates of a smaller green grape for £2, I might try some next time if they still have them.
But what I did pick up was 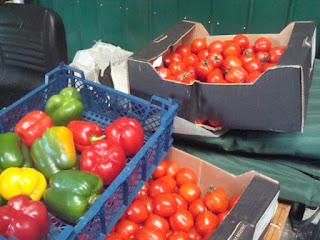 2 boxes of tomatoes and a box of peppers all at £1 a box, looks like I will be canning tomorrow.

Diary
Monday 8th November 1982
Up at 8.30am, Blue Boy was put out with rest of the flock, seems a lot better. Lucky showing first signs of calving.
Coates came took again more gear, counted hay approx 2,700 bales.
Douglas paid him for some cats, put in barn for first time.
Took fence down round bit of garden.
Molly and Douglas went at about 4pm. Had to change tyre, found scratch mark all along one side of car.
tired in evening went to sleep had bath about 1am.