I do like this time of year, getting in the bulbs that will produce for next year, they are so easy to plant that is a bonus.
I had some flowering bulbs for the little border at the front 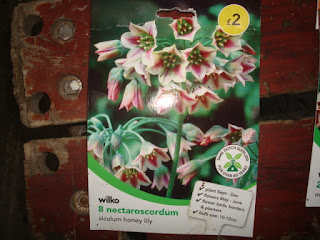 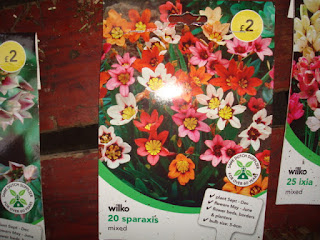 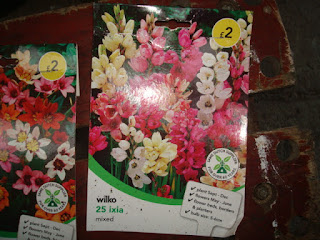 Just some to add a splash of colour, there is already some Tulips and Crocuses in there, along with Dianthus, Primulas and Wallflowers that were grown some seed, oh and a few roses bushes. 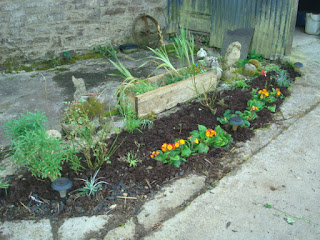 Now all tidy again I also added a bag of the mushroom compost to the bed. 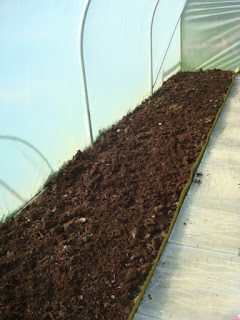 I have also been adding mushroom compost to the poly tunnel, this border had the tomatoes in it this year, now its been cleared dug over alpaca poo added, its ready to go again, 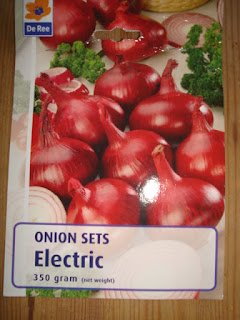 I got some red onion sets 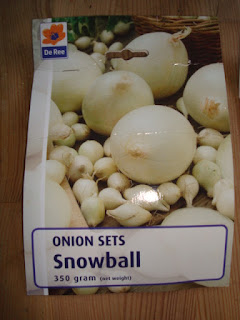 and white onion sets into the border,
they should be ready to lift ready for peppers and cucumbers to go in next year.
The poly tunnels have to earn there keep and be planted up with a succession of crops, no point in leaving them empty over winter.
The garlic that was planted the other week outside 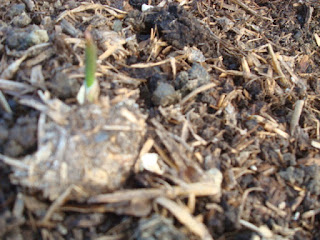 Is starting to put out its shoots,
The weather here is still glorious dry sunshiny days although there is a cold breeze today, the nights are now colder and the log burner is lit most evenings.
Diary
Saturday November 20th 1982
Went to Carmarthen, Lawrence checked main flock of sheep, John and I checked the Blue Faced Leicesters, had lunch in the market, bought groceries, Douglas bought a mincing machine , John bought me an icing set, came home had tea.
Got Lucky, Sunny and Celandine in very late in evening, Lucky had a lot of discharge, had CB radios working, went out to Lucky, started calving, Heifer from her.