Last week I was saying about the compost bins and what to do about the dog poo as it should not be added to compost heaps
Why ?
Because domestic house pets (like dogs and cats) are carnivorous by nature, their poop should NOT be added to a compost pile. Human poop also (even if someone is a vegetarian!) should never be added to a compost bin or pile. Both dogs and cats have organisms in their stomachs and can also have diseases in their poop that are harmful to the composting process and plant life, and ultimately humans. These diseases can get into the plants you eat, and should not be digested. Human poop can carry pathogens, diseases and organisms that can be extremely harmful.
(take from the internet)

So what to do with it, I was doing a bit of research on the matter and found out you can set up a wormery for dog poo
So I ordered one just for Sol 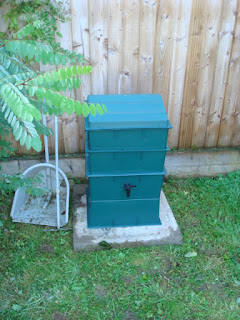 We got it set up yesterday, it meant breaking open the compost bin we have been using for dog waste, not a job I was looking forward to at all. 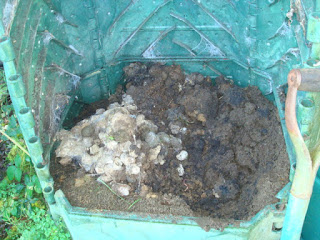 Surprisingly it wasnt smelly or slimly or even yucky, I wanted some of the broken down matter that is full of worms to put into the bottom tray of the wormery. 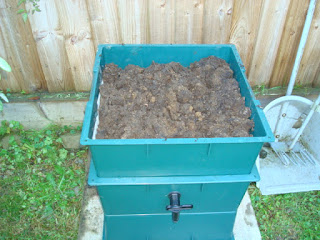 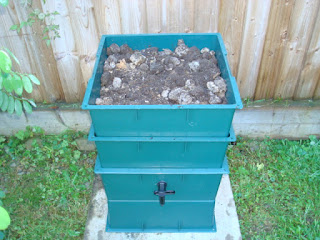 there Sol has his own personal wormery all set up, it has been seated on a slab and is in the garden rather than the vegetable growing area, another two trays can be added, and when the bottom tray is ready it can be added to the borders in the garden.
Dog compost MUST NEVER be added to areas of edible plants.
The layer in the compost bin that is already broken down and ready to use I will be adding to borders in the next week or so, the bin then will be empty moved out of garden and re-homed.
The other alternative was a hot composter but after reading up about it and seeing the prices I opted to the easier cheaper alternative. It was mentioned that I could dig a hole and bury it, that would be a problem for us here as we are on shale or rock bed and digging anything deeper than 6 inches is sometimes impossible.
What do you do with doggy poop?
Diary
Wednesday 10th November 1982
John paid Lawrence £105 up to week ending 13/11/82, Got in ewes with Blue Faced Lester ram (62) in all and put through
foot bath 5 to 1. put them out at side of house.
Cows moved to back of house.
Min of Agriculture Mr Morgan called about cattle on land to record.