There have been some monsters growing in the Poly tunnel this year, I have at times done battle with them, wading in with twine to keep them in there place, which they are not always happy about and put up a fight.
Yacon 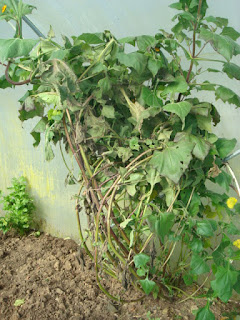 Looking rather messy all tied up, this Yacon has grown to 8ft 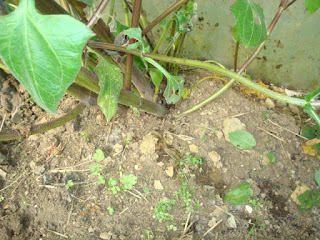 The underground tubers are creating a mountain 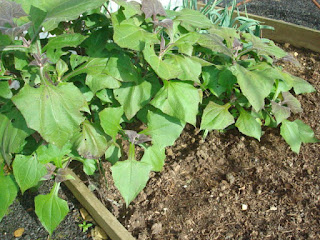 Outside the Yacon have grown about 3ft, dwarfed by there big brother 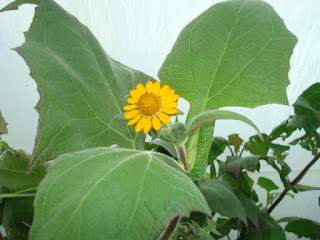 The flowers are small and fairly insignificant on such a big plant, Now I am waiting for the foliage to die back as the temperatures drop then the tubers can be harvested. I have big expectations of the one in the poly tunnel. Yacon produces two types of tubers, the large edible swollen root and small clusters of tubers that are used to create new plants.
The other monster that has been growing and very difficult to keep under control
Litchi Tomato Plant 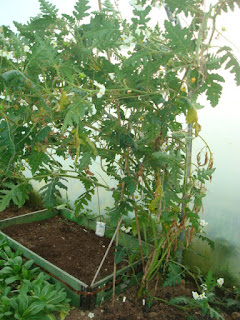 Again it has grown to 8ft, but so difficult to tie up 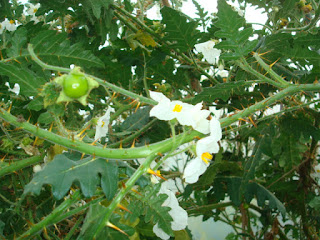 The stems, leaves and fruit are covered in big painful thorns 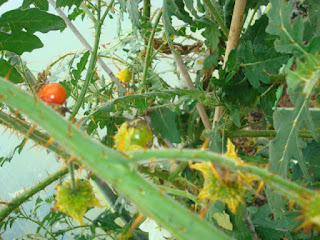 There are fruits ready to harvest, I need to dig out some protective clothing and get started, I will be saving seeds from it but wont be growing it in the poly tunnel again, it should grown fine outside as it doesn't mind the cooler conditions.

Diary
Monday November 22nd 1982
Molly phoned, Douglas has left his tablet  record book here, went to Carmarthen to  post it back.
Buried Blue Boy and 1 Welsh Mountain.
Lawrence cut fingers on window.
Did load of washing in machine.
John fixed big water heater, after rubbing down large holes appeared, had to weld top of tank reservoir.
All cows brought in, entered all receipts in book up to date.
Diana phoned John about coming up for couple of days.
Posted by Dawn at 00:19:00