The Secret Life Of Dove's 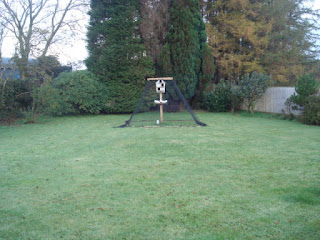 Its very difficult to sex doves and I thought we had 4 remaining males Martin has been making enquiry's for some suitable wives, I was wrong it seems
The other day I noticed courting behaviour and then a pair mated, overjoyed we have a female, 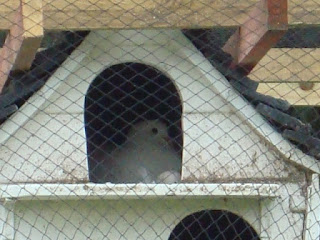 Two days later an egg was laid, you can just see it in front of the dove, doves usually lay 2 eggs then start the incubating process, 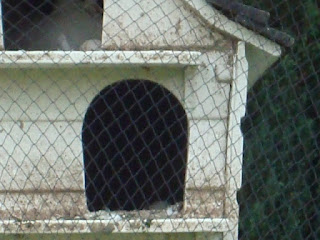 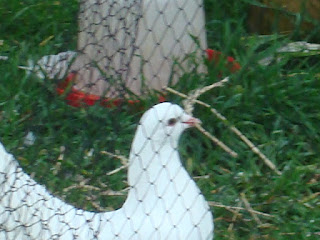 Yesterday I was watching this behaviour, one of the males picking up bits of straw, 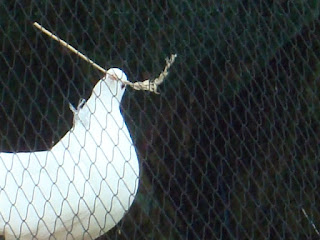 parades around with it 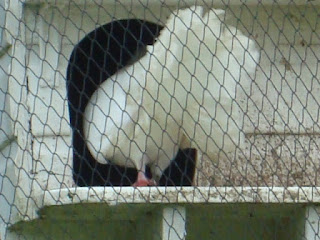 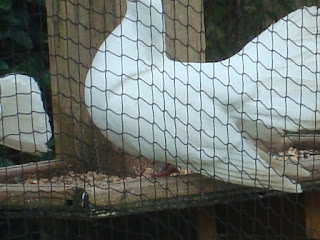 I know he is a male because he parades with his wings down, females don't do this, I am now trying to work out how many of each I have, as they all look the same its very difficult, unless they parade then they don't all do it at once.
Now we just have to wait and see what happens, at least with the netting over them the Magpies cant get in to steal eggs or young if they manage to hatch any. Like pigeons dove's will lay all year round and I think the demise in the flock numbers have spurred them on a bit. I takes 15 days of sitting to incubate.
Diary
Tuesday 23rd 1982
Mr Coates came with man about hay, mostly all bales well underweight, went home to talk it over with his wife. John phoned Eva re VAT book then VAT office about working out VAT percentage ( total x3 divided by 23)
John fixed wood on shed ready for fixing corrugated sheets on to.
Then walked round to check sheep.
Put red oxide paint on small meta cabinet with two drawers.
Molly's Birthday.