It has been a good growing year for Peppers and Chilies,
I have now finished clearing them from the Poly Tunnel,
The Piquant Peppers,
I got the seeds from Dani over on Eco Footprint South Africa
She was doing a pass it on giveaway
This is the last of the harvest now, they have been brought into the warmth of the kitchen to ripen up 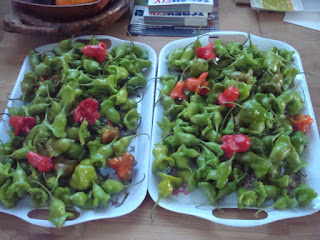 Earlier pickings were pickled using Dani's recipe on her blog, when I have enough ripened I will do another batch. 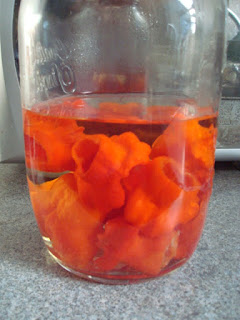 I have saved some seeds, if anyone fancies growing some drop me a message and I will send some seeds out to you, I don't plan on growing any next year as we have enough to see us through to the following year. 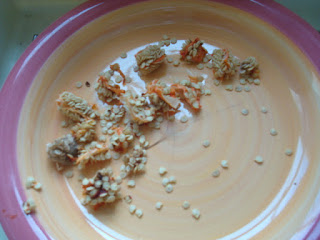 Chilies we have been harvesting since mid summer, 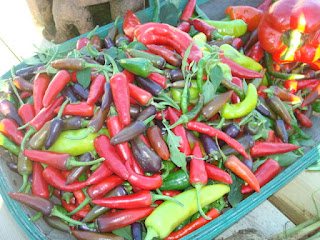 Baskets of them, they came from a mixed pack of seeds, anyone who visited went home with a bag of chilies, I have some hung up drying, some in freezer 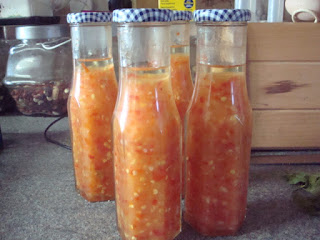 Some has been made into sweet chili sauce 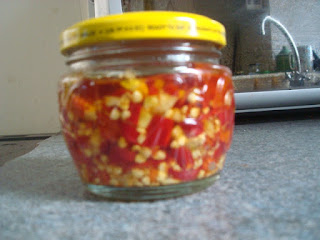 Martin has done this mix a recipe from a friend, finely chopped with garlic in olive oil. 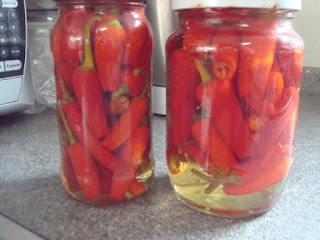 some have been pickled.
Next year we wont be growing chilies again there is enough to see us through by skipping a year 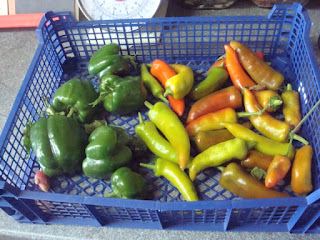 The last few that have been picked will be turned into a sauce once ripened.
The last few peppers have also been harvested, they will just be chopped up and into the freezer to use in future recipes, we have done well with peppers this year and grown some beauties, next year we will be growing peppers.
Harvest Totals
Chile's 10lb 11oz
Peppers   6lb 7oz
Piquant peppers 4lb 2oz
Diary
Monday November 29th 1982
Went into Carmarthen, John bought Lucy's Christmas present knitted jumper and present for Lawrence p/k.
Made two currant loaves and two plain loaves.
Magic scouring, frosty morning, John stopped in to see John Daniels about rolled barley and hay, still not delivered any yet.
Walked around sheep found Teddy had two bad eyes.
(I was asked about the diary, it is a notebook we found in the attic and is a daily record of what went on here 1982, it only runs from October until the new year)