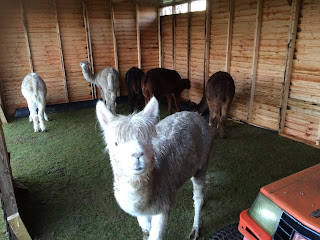 As you can see they are making use of it 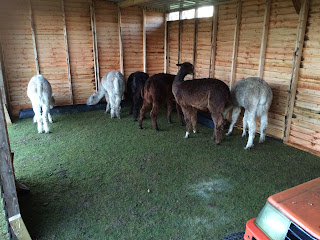 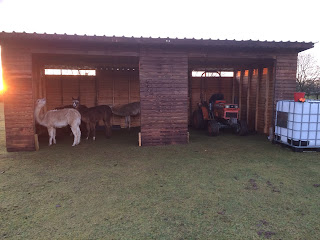 As well as Martin's tractor, which is not staying there 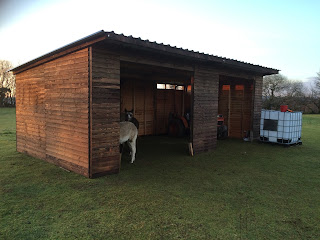 There hay racks have to go up yet, some guttering and the IBC tanks for water, the shelter will have a concrete floor put down, we have put it on the highest area of ground, and next year the field will be divided up into four paddocks, each giving access to the field shelter.
Martin worked for 3 days in the rain putting it up, we are very pleased with it and we are thinking of something similar for the goats.

Diary
Sunday December 12th 1982
John went through chest and trunk in back room and packed away more things.
Cleared out back room once again.
Set up cream separator and separated Celandine's milk.

Monday December 13th 1982
Three phone calls received from ministry of agri Cliff Michael, about signed forms for beef conversion scheme, mislaid found them on the clip board, then phoned again for Mr Coates phone number, John met with Nick forestry commission about calendar month in which to collect wood, £12 to end of January.
Then went and collected wood, then into Carmarthen shopping.
I miked Celandine in the morning while John dealt with  wood, made some bread.
Posted by Dawn at 13:33:00