Yesterday Martin got all the panels for the Alpaca field shelter moved up to the field with the tractor. 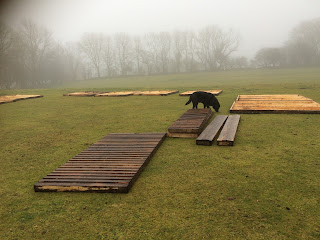 It was a misty damp day, but no wind,
assembly of the shelter started in the afternoon 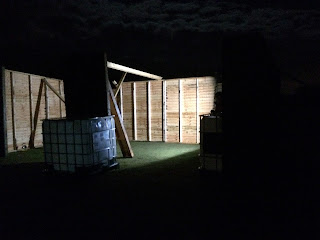 And continued into the dark, it was a mild evening and with the rechargeable flood lights he managed to the get the sides up and bolted in place, today the roof goes on, a bright sunny start to the day again no wind.
I set to making up some soup for lunch 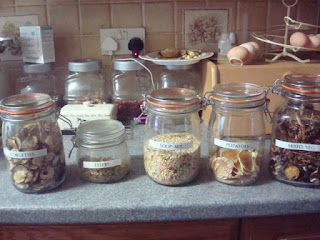 Using a selection of the dehydrated veggies and a base soup mix. 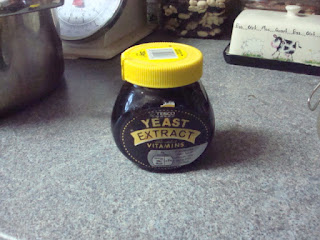 I had finished the Yeast extract (Marmite) during the week, you know you can never get it all out, I add a bit of boiling water to the jar swill it around and added it the soup. 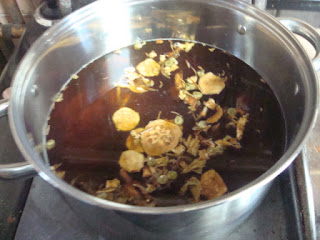 The dregs from jars and bottles are great for adding a splash of flavour, I do the same with chutneys and mustard and add them to casseroles. 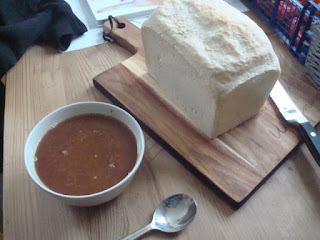 Soup with bread for lunch just what was needed.

Diary
Friday 10th December 1982
John fitted more glass,
First Day Of Snow.
Ministry Of Agri phoned about drainage to cancel today's visit, coming on the 20th instead.
I put undercoat on 1/2 of the 5 bar gate.
John made clothes airer to fit above Rayburn.
Mother phoned to say Mrs Kinchin died yesterday on ship on Xmas trip to Cherborg, Then Molly phoned to say the same.
Went to look for Teddy to do eyes, found him drowned in bog,
poor soul.
Made batch of white bread, stitched up Johns overalls, put 2 zips in skirts, renewed waistband's.
Posted by Dawn at 01:49:00