A Chili Kind Of Day

Yesterday was another one of those frosty days, I just love them,
We had roast chicken on the menu
For us that means a Cockerel is chosen and Martin does the deed.
We have too many cockerels and when they start fighting its time to start dispatching, 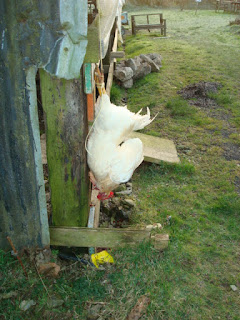 This one was a bantam and weighed in at 3lb dressed weight.
While Martin was cleaning up the Cockerel I was once again in the kitchen.
Chilies did well for us this last growing season, we had tons of them, I have some hanging up drying in the kitchen I also have a big bag in the freezer of mixed ripe chilies.


Another batch of sweet chili sauce was called for we were down to one bottle in the fridge. 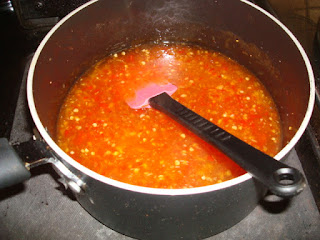 I did triple the amount the recipe called for. 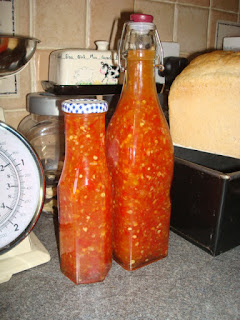 In the background is a loaf of bread cooling that got made up at the same time.
It was roast chicken for dinner, Martin cooked it using the Jamie Oliver method over a can of beer, it was lovely and moist, some parsnips out of the garden were roasted to go along with it.
The carcass was pick off and a pot of stock was on the go, including a carcass in the freezer of a previous chicken. 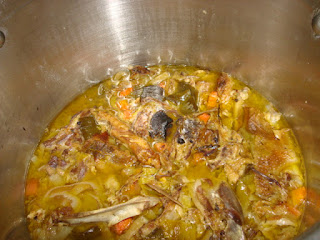 We keep carcasses and bones in the freezer for making up stock in big batches.
The meat that is left over 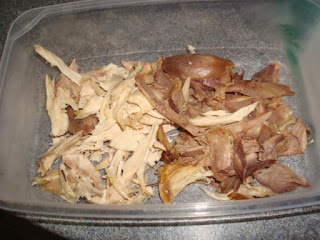 will be used to make a risotto for tonight's dinner.

Yesterday I had a delivery arrive 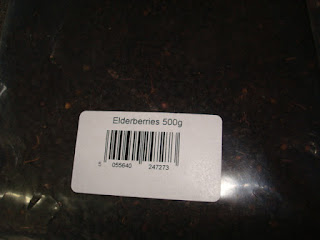 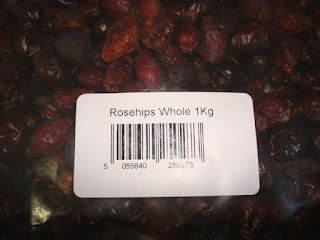 Dried Rose hips.
There is only one elderberry tree here and it is a young one, last year it produced some flowers, but we need more, something I need to address. Rose hips again I have only seen a few, so again I need to look into planting some.
I will show you tomorrow what I have been doing with the Elderberries.
Posted by Dawn at 01:34:00