What Was And What's To Come

Another year commences on the ranch, our little homestead.
Its time to make lists of ideas
I am not one for making resolutions, but I like to make lists and get ideas down on paper.
2016 started as rough year with the loss of two of our Alpacas Daffodil and Liberty
2017 starts with finishing work on the Alpaca field shelter 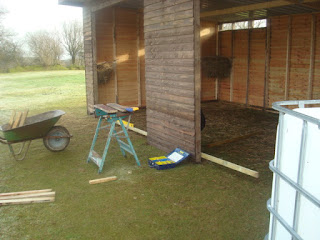 Martin has spent the past few days up there getting down a concrete pad base, I haven't got an up to date photo, I haven't been well so haven't ventured across the fields. By the end of this week there shelter will be complete.
2016 saw us complete on another 15 acres of land increasing us to 20 acres in total. 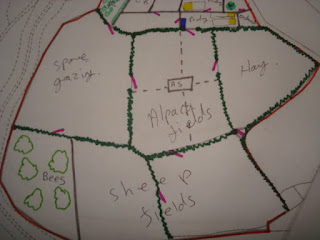 2017 will see us getting hedges under control, clearing land replacing rotting fences, erected new fence lines,
2016 once again I hatched out new chickens to increase our flock 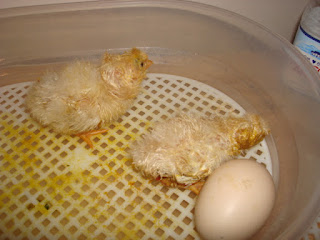 And the large Sussex breed I bought in eggs for turned out to be bantams.
2017 I am going to switch to Ross Cobb's a multi purpose bird, meat and eggs, plans are to have two units one for eggs and breeding, the second unit will be reared for meat birds.
On the subject of poultry this year we are going to raise Turkeys again and re-introduce ducks raised for meat and table.
2016 we bought in pigs our second time at rearing them 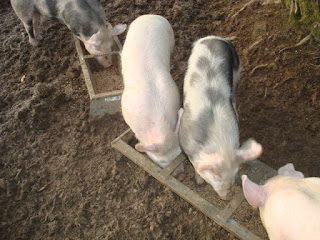 2017 February time they will be slaughter weight, we will remain piggless then until the autumn time.
2016 we borrowed Merlin to service the girls, it was a good opportunity to see if we wanted to keep a billy of our own, we decided at this moment in time its not for us. 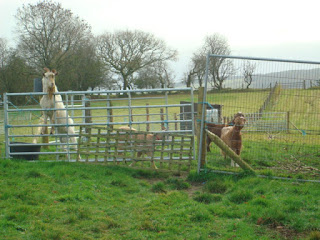 2017 will hopefully see the addition of young kids on the ranch.
2016 has seen lots of new trees planted on the ranch 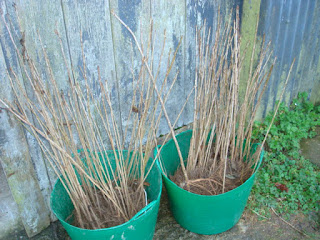 2017 will see the continuation of tree planting there is still 100 flowering cherry trees waiting to be planted, if anyone fancies a tree planting session your welcome 😀
2016 very little happened with the bees, after the loss of some hives to wasp attacks, we didn't replace them, we continued through the year with one active top bar hive. 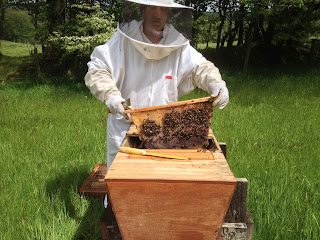 2017 we are setting hives over on some of the new land and will be buying in new colonies, we have 3 national hives ready to set up over there, the top bar hive will be left in the orchard area.
2016 I took on 4 runt lambs that came from triplets, bottle rearing them until they were ready to be weaned, they were raised until they reach slaughter weight. 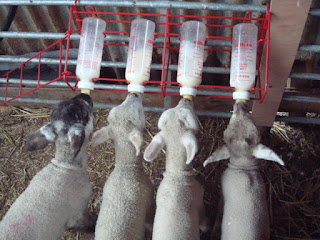 2017 we have decided we do some lambs again, but we need an indoor area first to rear them.
2016 Martin made a start on his workshop area, other pressing jobs took over and work came to standstill. 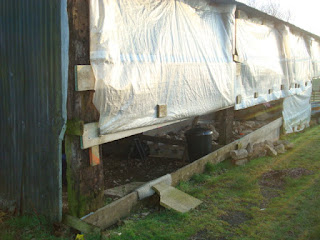 2017 will see the completion, he can then get all his tools and equipment moved in, clearing space in the barn, that can set up for rearing chicks and lambs.
2016 we erected a second poly tunnel and fruit cage, reduced down the amount of outside raised beds to 4 rotational ones and lots of pallet collar smaller beds, re homed the greenhouse that was now not needed, get rotational compost bins built, 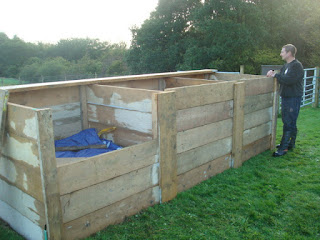 2017 will see us utilise all this grow as much food as we can, preserve as much as we can and sell on surplices, the fruit cage still needs some work doing in it but at most it is now planted out.
Well that about sums up what has been and what is to come, there have been some lows and lots of highs, that's life,
but I have left the best bit to last.
👇
👇
👇
May 2017 is going to be a very exciting time
Martin will be coming home to live on the ranch, yipppppeeeeeeeeeeee
😁😁😁😁😁😁
After nearly 3 years of only having a part time husband, he is going to be joining me in our little bit of paradise, he will still have to make trips back to see things for the business, but on the whole he will be here with me.
I am so excited and really looking forward to May time.

I hope you will all join us as we continue our journey of
Doing It For Ourselves.