When things go wrong they always seem to happen in three's,
First it was the goats, when I went to feed them this morning, unbolted the door and it wouldn't open, one of the goats must have been rubbing against the door and knocked the inside latch, they had locked themselves in and no amount of persuasion could make them unlock the door, I had to crow bar it open, which has resulting in splitting the door post, I was planning to keep them shut in today and tomorrow, Thelma has developed a limp, her foot looks fine I have cleaned it up sprayed it with the copper spray daily and thought perhaps a couple of days on dry straw might help.
After doing the rounds I headed off to pick up a prescription, on the way back I stopped to collect the goats some Ivy.
Made a big pot of veg soup 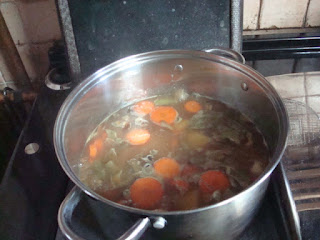 That will see us through lunches over the week-end 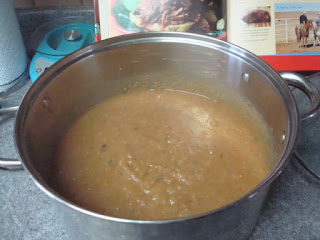 I also got the usual bread done 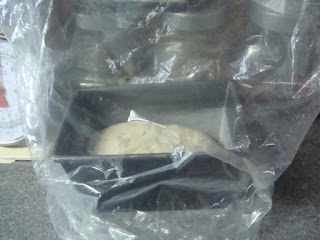 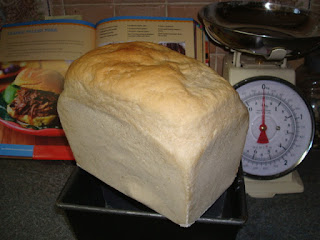 Also got a batch of yogurt on the go.
In between I had to see to the doves, they abandoned the eggs a couple of days ago, so I cleared out the nest and eggs along with the other pop holes and laid them some new straw in there, I broke open the eggs and they had only developed for a few days and no further.
Walked the dog and on the way back saw the big cockerel mount my little white bantam followed by one of the other cockerel's when going out to feed them she just sat huddled in the run, I think she has been injured, I have removed her and put in the little house and run by herself, if there is no improvement in a few days she will be dispatched, if she pulls round I will either have to re-home her or get a couple of bantams to keep her company, she cant go in with the big hens again.
The rains have come down and the wind has been gusting 40mph you don't really want to be out there sorting out issues when the weather isn't good but needs must.
On a happier note I took delivery of a selection of cider apple trees 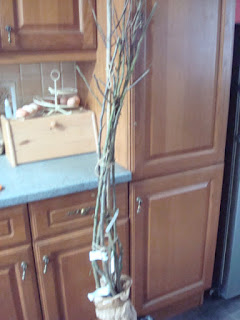 they came from Kev over on English Homestead
They are a lovely size and smell of apples, they will be a great addition to the orchard, Kev raises his own apple trees. pop over and see he has a great selection at really good prices.