The other half of the pig carcass was butchered yesterday, all joints are now in the freezer, this part of the ribs I added a marinade before putting in the freezer 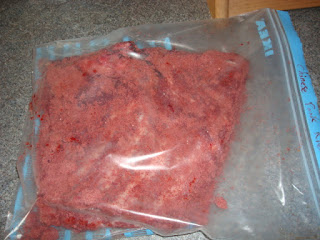 This way they will be ready to pop straight into oven once defrosted.
I had three hocks to get into a brine 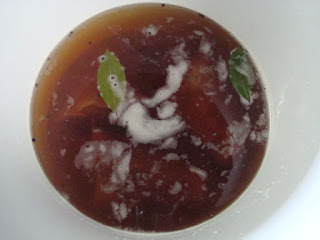 They need to stay in the brine for 5 days
The fourth hock is still attached to the ham I am doing.
The second ham I got Martin to bone 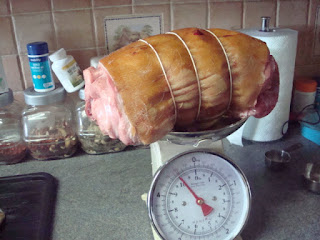 This is also in a brine solution 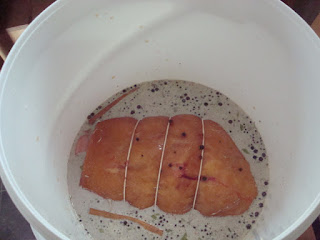 The ham and the hocks will go into the smoker next week end to be finished off.
All the pork trimmings have now been minced up 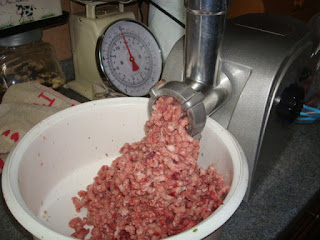 There was 5kg in total, it has been split between to different seasonings, its being left to fit in the fridge overnight for the flavors to intense before being made into sausages. 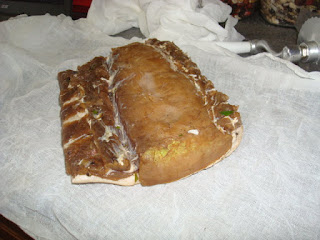 The first bacon was washed soaked in water, dried off wrapped in muslin and is now hanging in the wine cooler 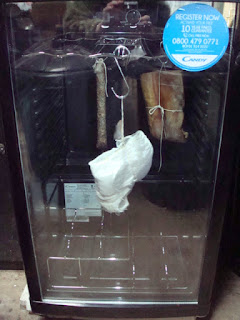 It will stay until next week end when it will be sliced up and portioned.
Two more sides of bacon are on the go 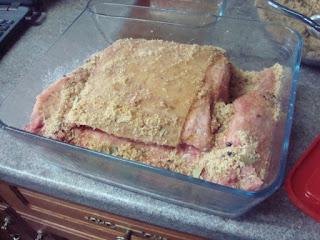 One of them will be smoked along with the ham and hocks,
The other will be air cured like the first.
It seems like a never ending process doing pork, I am glad we split it over two week ends.
Today Martin started putting up the new goat house 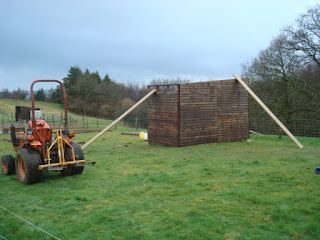 Its only a couple of weeks until Thelma is due to kid, I am really hoping we get the new goat house finished in time and get them moved in. Connie and Helen are due a week or so later.
The  new Goat house will be 24ft long by 12ft  wide we plan to partition off part of it for the kids overnight when we wean them.
Its becoming a busy time for us, with spring planting and sowing just around the corner too.
Yesterday I had my stall in the village, sold lots it was a good event, Have some orders to get done this week as well, the money is going towards lambs and some more sheep hurdles.
We are looking at getting 4 bottle lambs again and set a pen up in the barn, we never seem to have enough hurdles.
Never mind it will all fall into place.