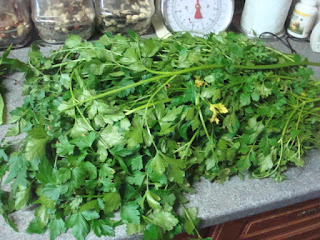 I decided to dehydrate it or most of it, I don't freeze herbs as they take up room in the freezer and I think thy lose some of there flavours.
I did one tray in the bottom oven of the Rayburn 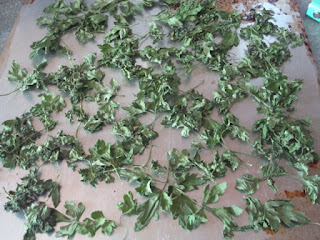 It came out fine and had good colour although it took longer to dry out. 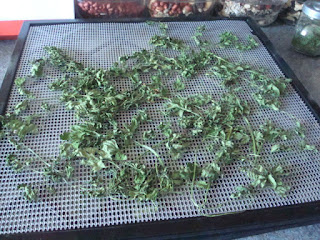 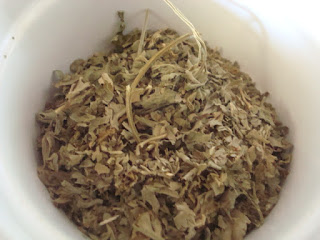 The above picture is shop bought dried parsley 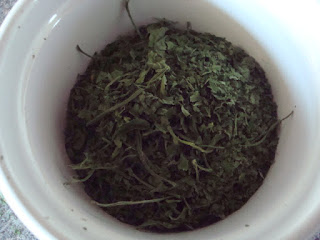 This picture above is oven dried parsley 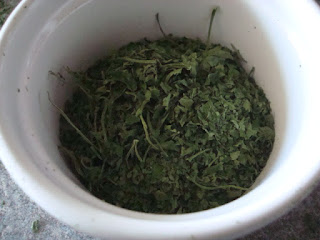 This photo above is the parsley from the dehydrator
in comparison the shop stuff is brown and doesn't have that parsley smell, compared to the parsley I have done. 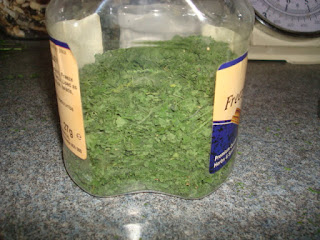 The shop stuff is now on the compost heap and I re-used the jar for my own, it looks a lot fresher. 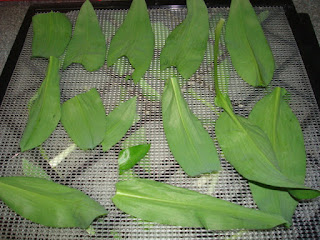 I picked a load of wild garlic yesterday (Ramsons) I have set 5 trays in the dehydrator, I thought it might be nice sprinkled on dinners, when thinks are dehydrated the flavour and colour intensifies.
Will report back on it later.
Posted by Dawn at 01:40:00