This Weeks Catch Up

Its been a non stop week
Today was a lovely dry day, with sunshine and a good drying wind, got two loads of washing done and dried on the line.
The Wine Cooler arrived this morning 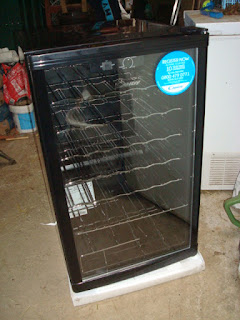 Its not going to be used for wine, it is going to be a meat drying cabinet, I shall take the shelves out and next week the Serrano Ham I am doing will go in there, wine coolers have a fan inside to circulate the air were as a fridge just stays cold, its circulating drying air I need to cure the ham, I will be trying out with the bacon first that will be ready to go in there tomorrow. It will be used for Salami, Chorizo as well as hams and in time I can also use it for cheese.
Tomatoes and peppers are growing well, they are under the growing light. 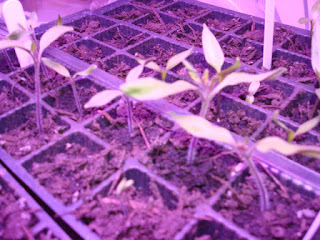 They are all starting to get there true leaves now.


Today I was in the poly tunnel, I got all the Dahlia tubers planted up along with the begonias 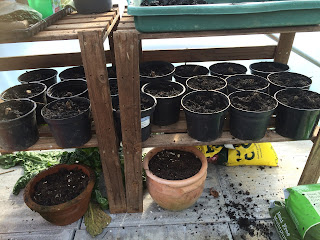 The brassicas I sowed end of last week are now starting to show,
I also got the broad beans sowed today
things are starting to come along nicely. 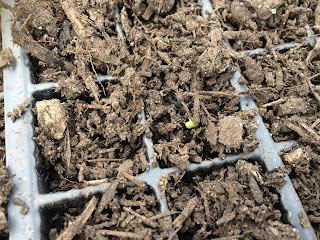 On the dog front, Tess is really settling in and is now starting to get used to our routine, she comes on the feed rounds and enjoys a romp around the field, we took her to the vet on Monday for a check over, she has lost a 1kg since she has been with us 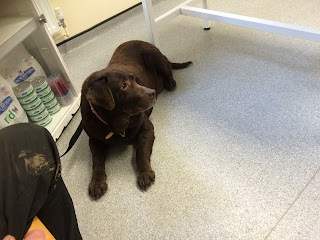 we asked him to check her hearing and he confirmed what we thought she is deaf, nothing can be done like her eyes she has really bad cataracts, but she is a happy dog, tail is always wagging.
We got Tess a new harness and tag for her collar also a nice new comfy bed the same as Sol as. 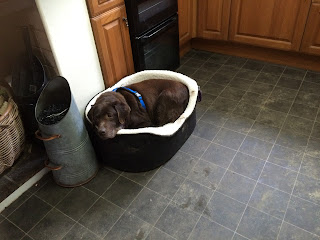 We also wanted the vet to check Sol he has been dropping in weight recently, this called for a blood test
Sol didn't want to play ball so he had to be sedated 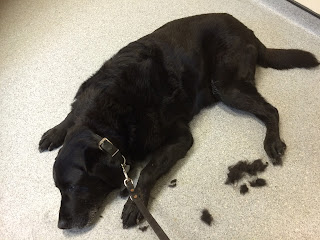 Neck shaved bloods taken, he looked like he had fallen from the ceiling, even though it was a light sedation and he was give a reversal he took ages to find his feet again, and didn't really get over it until night time.
Yesterday was Sol's 10th birthday and I had to take him back for the results, it seems he has liver issues all part of being an OAP, we are putting him on a special diet to see if we can maintain weight, I am also putting him on Milk Thistle a homoeopathic treatment, he is not suitable for other treatments. He is fine in himself all we can do is try to slow down progression.
Its been a bit a of a topsy turvey week all in all.