Its Good When Things Work Out

Using up some left overs for dinner, 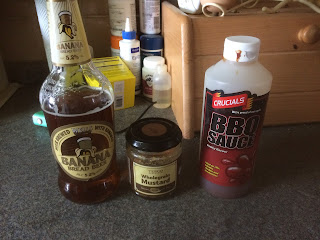 Martin had a bottle of beer he didn't like, Banana Bread Beer, it had a slight taste of bananas a fruit he hates with a passion, I thought I would combine it so odds and ends, there was a scraping of wholegrain mustard left in the jar and the same for the bbq sauce, the jar and bottle were swished out with the beer to get all the dregs out 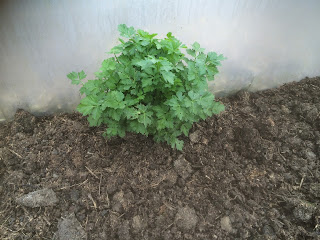 one lonely celery plant in the poly tunnel donated a few stalks,
all with some garlic potatoes onions and a packet of diced beef found in the bottom of the freezer 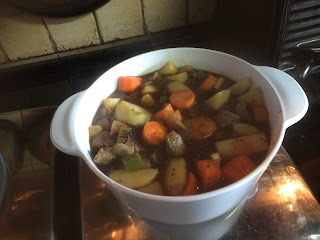 all browned off into a casserole dish and popped into the bottom of the Rayburn to simmer away all day. 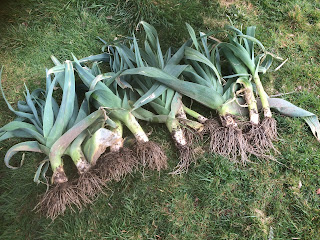 I took up the last of the leeks, some will get sliced and int the freezer but freezer space is tight so most will be sliced and dehydrated easier to store 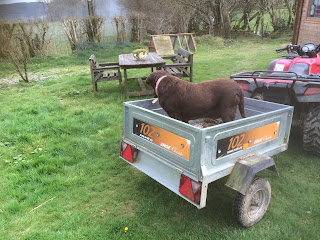 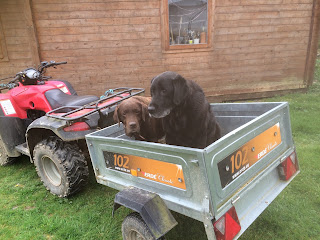 Sol will go in the trailer but as soon as it moves he leaps out
Doggie weigh in this week,
Sol has put on 600g
Tess has lost 1.6kg
I spent the rest of the day weeding the flower borders 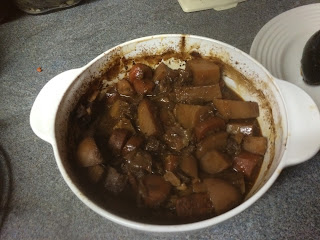 And at the end of the day dinner was cooked ready to be served up a very tasty meal with no hint of banana, there was enough left over for Martin to take a dinner back with him 👍
Posted by Dawn at 05:03:00