This post is just a mish mash of things that have taken place over the last few weeks, I have been taking photos but never got them into a post. 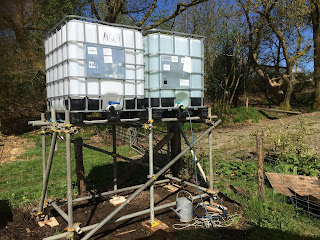 Martin built me a water tower that will take 2 IBC tanks behind the poly tunnels, these are reserve tanks and we pump the water from other tanks to fill these and I use them for the poly tunnels, 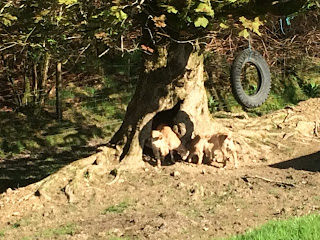 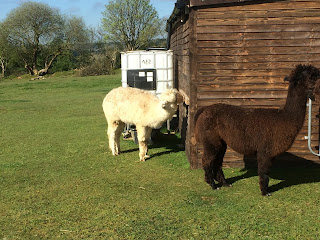 The Alpacas using there scratching brushes 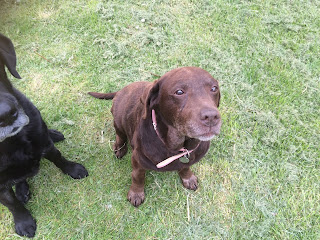 Tess can now sit on command and stay but I cant take more than three paces away from her, not bad for an old blind deaf dog that has never had training. 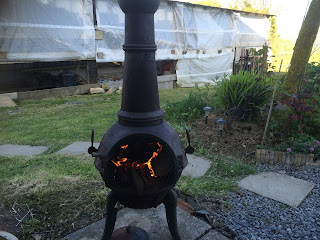 I had the chimney alight one evening, for no other reason than I found a wasp nest in it. 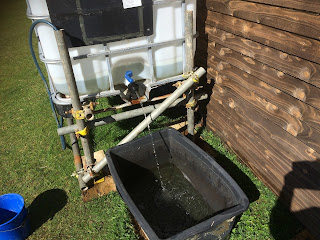 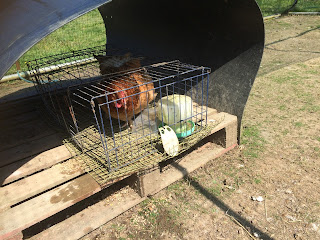 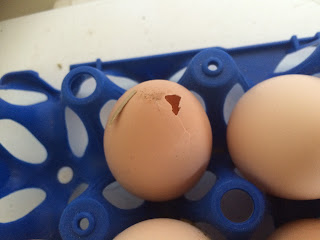 Broody chickens damage eggs trying to get them all in one nest. 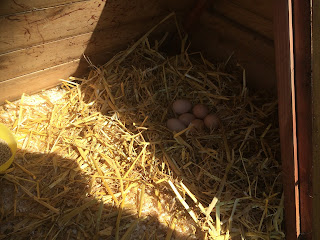 No sooner broke one broody and we had another, I set up a nest with 6 eggs and popped her in there she is sitting tight on the eggs. 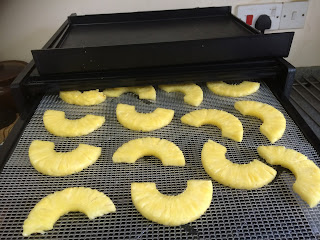 I picked up a couple of pineapples, sliced them up and got them in the dehydrator 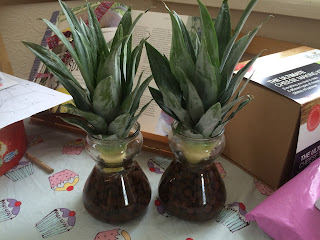 I have set the tops and keeping fingers crossed that they put down roots. 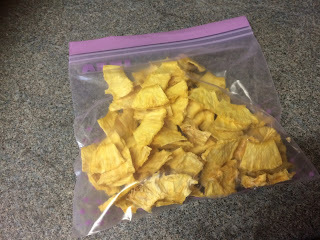 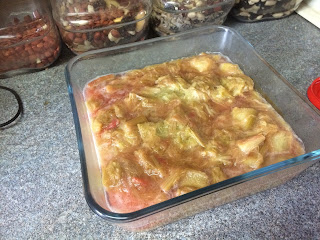 I stewed a load of rhubarb as a base for crumble its now in the freezer ready for when we have visitors. 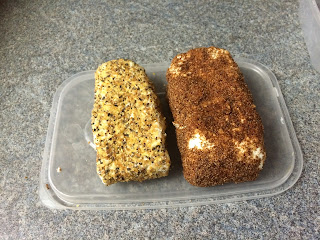 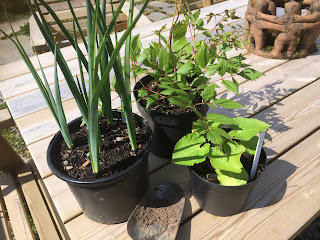 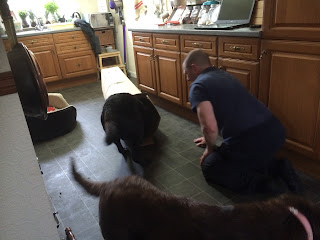 Playing with a cardboard box 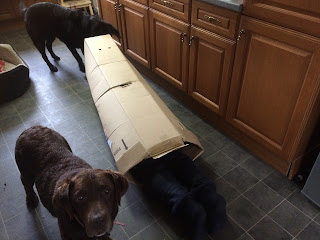 even Martin had to get inside, Tess did as well as Sol its like having kids sometimes.
Well that is my mish mash of a post showing some of the going on's over the past couple of weeks. 👍
Posted by Dawn at 07:08:00