Part 2 Of Being Fruity

I am going to start part 2 with the poly tunnel,
The grapevine growing on the east end is doing fantastic, it responded well to being pruned in Autumn and has put on a lot of growth. The grape vine on the west end is a different story, it got knocked back by a frost, it is recovering and starting to regrow. 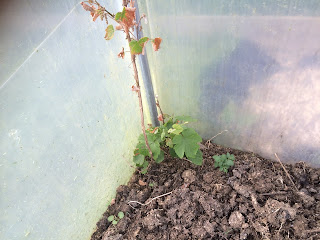 In the garden facing south up against the solid fence is the fig tree, this was grown from a cutting that I took before we moved, last autumn I took off all but the pea sized fruits, the ones remaining are now developing and this year I should be able to harvest them.
Along the same border is also an outdoor grape that moved with us and a kiwi that was taken from a cutting, I forgot to photograph them. 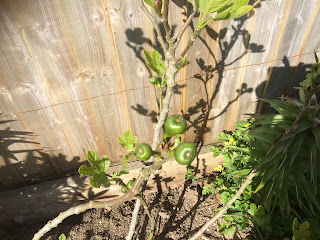 The blackcurrant pruning's I stuck in the ground are all doing well, I have yet to remove the flowers from them, these are all destined for the new chicken run. 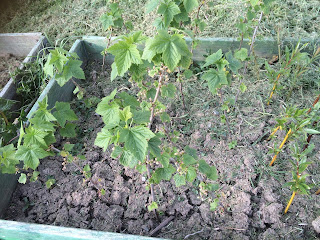 In the other poly tunnel citrus trees are coming into blossom 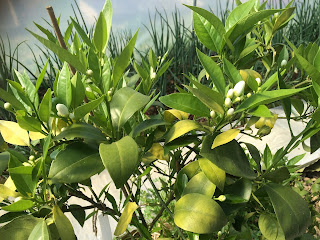 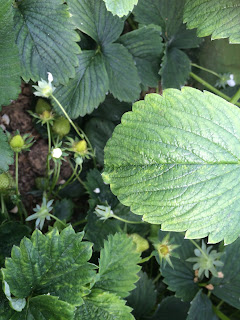 But there have been issues, three of the citrus trees dropped all there leaves, they are starting to put on new growth so all is not lost, again its down the west facing end of the poly tunnel, I think there must be cold pocket so next winter I will have to redress this. 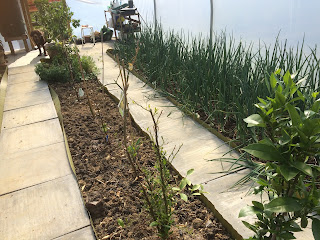 The avocado trees I am trialing I thought had died but no they have new growth, again I think they need a bit more TLC over winter, but they did make it through. 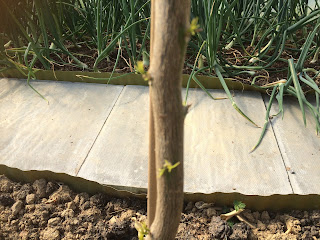 Now in my last post I mentioned the other end of the fruit cage,
neglected and overgrown there are suppose to be raspberries in this part 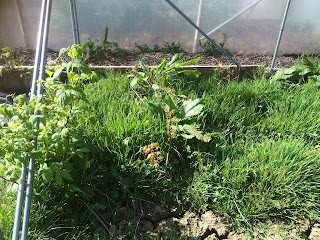 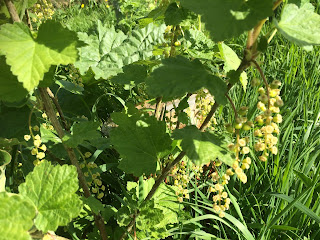 I am so ashamed of this end, 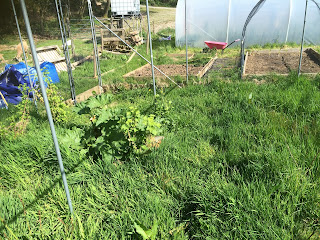 Yesterday I got stuck into putting it right 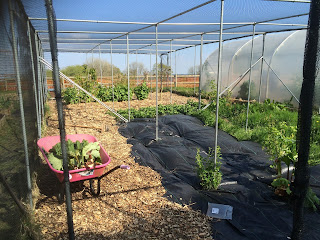 I have been getting more membrane down and managed to get another couple of ton bags of wood chips down, I only have three strips left to do then I will have a nice manageable fruit cage to be proud of. Next time I show the fruit cage I promise it will be done.
🍇🍋🍎🍐🍒🍓
Posted by Dawn at 14:13:00