Getting In The Harvests

As the season winds down, I have been continung to harvest from the poly tunnels and raised beds. 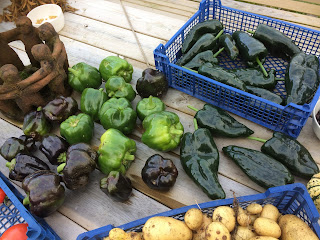 Peppers have done really well this year as well as picking during the summer I picked all these the other day with the idea of clearing out the plants but there is still about half again coming on so I have left the plants for now, these all got chopped up and in the freezer ready to add to meals. 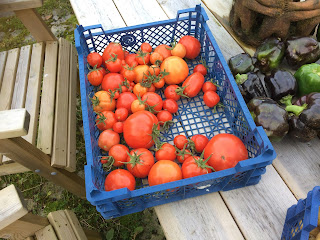 Tomatoes have been very prolific and bounced back well after an early attack of blight, I wont bother growing the Amish again but the Nepal which are the big ones have been brilliant. 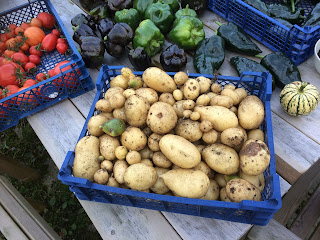 These potatoes are from a pallet collar bed I set up, our fourth lot of succession potatoes this year, that is the way I am going to do them I think rather than put a big area over to them and then having to store, I will just grow them successively perhaps having 5-6 harvests a year. 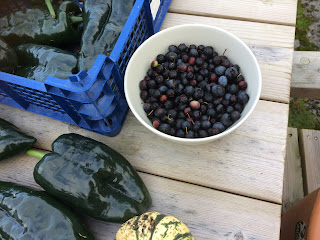 The last of the Blueberries have been picked and added to the 8lb we have in the freezer. 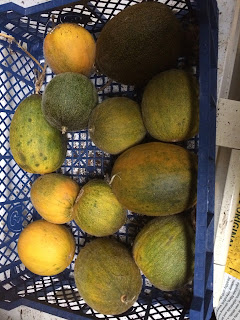 The melons have now all been cleared, they may not be the biggest but they are juicy and sweet, I am going to have a go at dehydrating some. 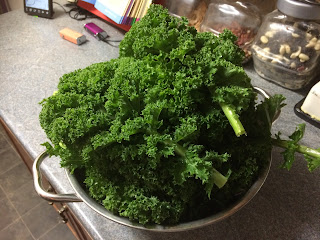 Kale we are picking as we want it 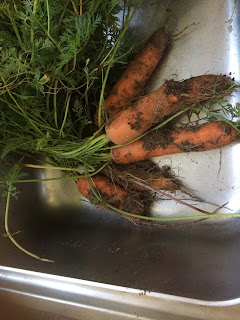 same with the carrots, they are a fantastic size, this year I grew them in a double height pallet collar bed, in very very sandy soil that I mixed myself, I did the same for the parsnips and both have excelled themselves.
Now do you remember 8 months ago I started curing a ham Serrano style, well yesterday was the unveiling day 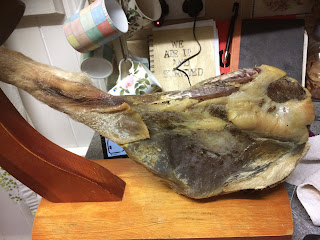 I happy to report it was a success it taste like a Serrano I am over the moon with it, next year I want to do a couple of them.
Here are my blog links to the process I did
Stage 1 Of The Ham
Stage 2 Of The Ham
😀🐖😀
Now I just have to master some hard cheese from the goats milk.