When Life Gives You Lemons

I got a box of lemons for £1, after a wash in hot water to remove the wax, I kept 8 back and the rest were peeled 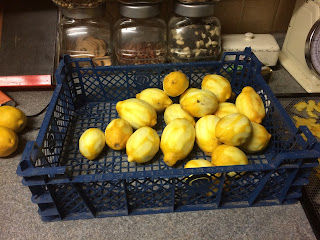 The peel was dried out in the dehydrator 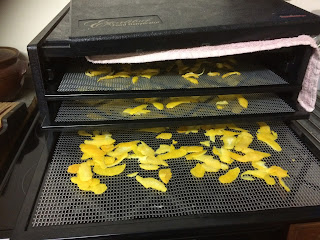 and blitzed up for zest, my pot was empty so it was very timely, the lemons were juiced and the juice was frozen in ice cube trays. 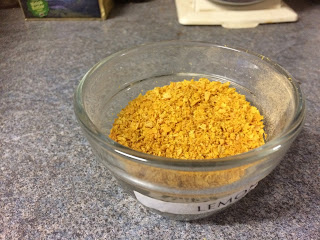 the lemons that were kept back were made into Lemon Curd we have a bit of an egg glut at the moment, 8 lemons and 8 eggs went into this. 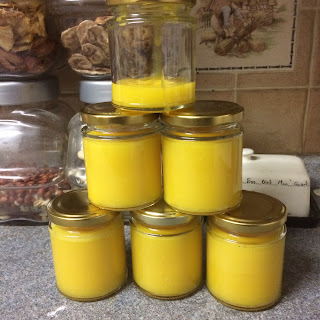 The last of the tomatoes have been picked and the plants cleared from the poly tunnel. 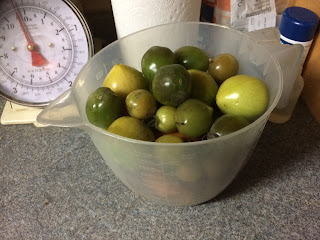 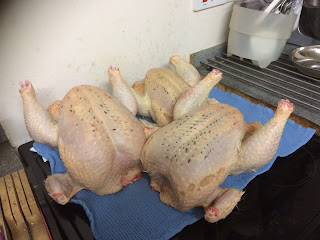 while in the kitchen yesterday, I made up a batch of mince pies using the last jar of mincemeat made last year. 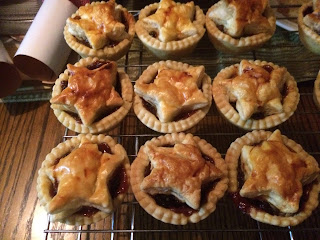 and a couple of chocolate fruit cakes, these Nigellas Christmas Cake I love these cakes, they dont need making months in advance very fruity and moist, I always do them as two loafs instead of one big cake, easier for slicing, I have been making these for about 7/8 years now. 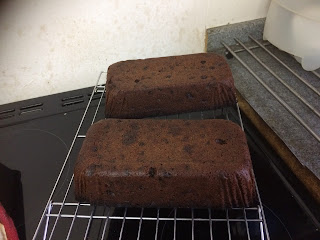 The other morning Martin got a surprise when doing his breakfast, a triple yolker, we have had a few doubles before but never a triple. 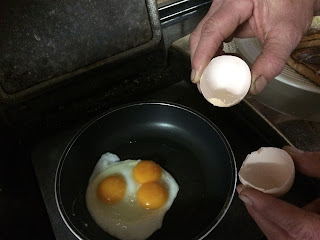 The buffalo are settling in well. Thye will now feed from the bucket and come up for a scratch. 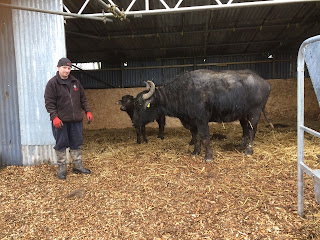 To answer a few questions.
We bought a breeding starter herd from the Buffalo Dairy Aberystwyth, they were being sold through one of the small holders groups, a starter herd is 2 pregnant females and a young unrelated bull and cost £2,500.  The females are originally from the milking herd, when they reach about 7 years old there milk yield starts to drop off, they are then used primarily for breeding or suckling.
Buffalo need as much space per head as cattle but don't eat as much and prefer shorter grass to cattle. They are not cattle they are more related to Oxan, although they have to be passported under the British Cattle Movement. They come from Mediterranean unlike there cousins that come from Asia, these one grow a thick winter coat, They do need shelter although unless we get another heavy snow they wont need to be shut in, being water buffalo they like to have a wet area and will make wallows in summer.
It will be a couple of years before we have meat they are a long term plan and investment.
Now Christmas has arrived, everything here will carry on as normal we dont really go all out buying in foods that we dont normaly eat full of additives, we are not TV watchers, we might get down the beach with the dogs, I have my sewing friend arriving on Tuesday so we will have a few days crafting together.
How ever you are spending it I hope its a good one.