Saturday Frasier was out of it all day, we kept up with syringing warm water and molasses into him in an attempt to keep him hydrated. 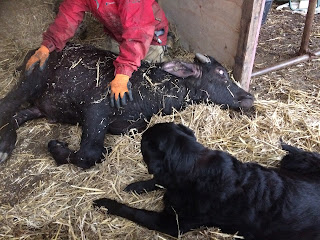 If the vet had said its time to call it would have, but we were told lets just go another 12 hours then update, Saturday night when we called in with a update there was no change and the same Sunday morning, we had to keep hauling him into an upright position several times a day and each time we added more bales of straw to keep him propped up, after shunting him around sunday morning, he became more alert we offered him food 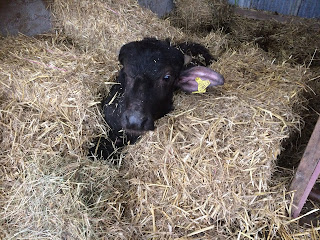 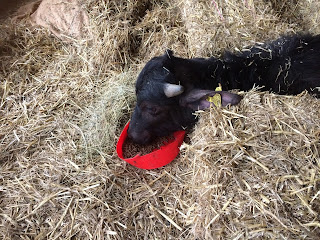 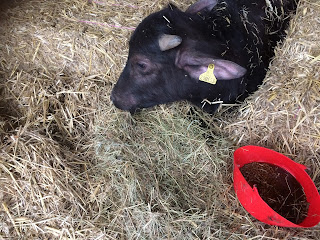 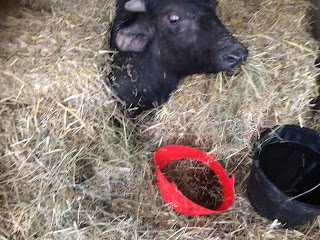 All of Sunday he could be seen eating and Monday, next step was to try and get him to his feet, moving and massaging his legs 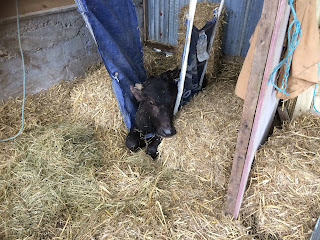 We put together a home made hoist and sling, got him hoisted up enough for his legs to be stimulated then back down and repeated again later and again later on in the evening when he did finally weight bear.
It is now just lots of physio lots of nursing and time will tell if he will ever be back n his feet. Martin has to go back to work again today so the rest of the week will be down to e and some friends to keep working with him.
Posted by Dawn at 02:23:00