That is what Frasier is doing 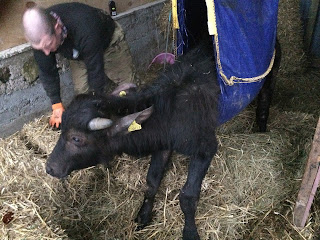 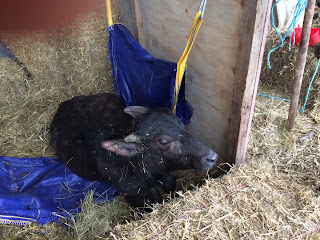 we would roll him on his side do some physio on his legs,
get the sling under him ( an adapted builders bag) 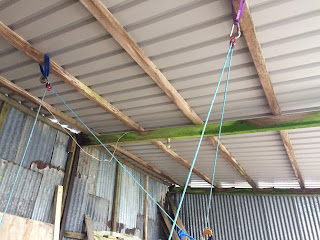 attached the ropes that fed through the pulley's 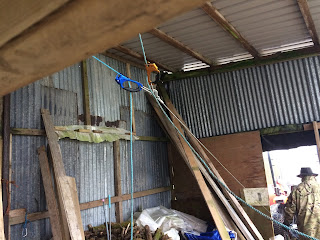 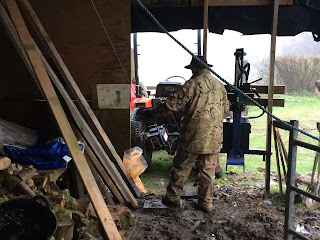 then the winch is attached and up he goes,
we would raise up enough so he could take weight on his feet
This whole process would take a couple of hours a time all other jobs were put on the back burner as we worked on average 6 hours a day with him and it was a two person job. 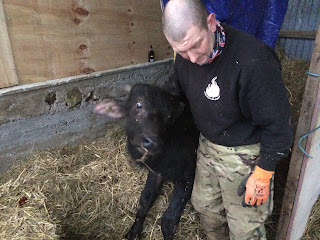 we were doing this 3 times a day 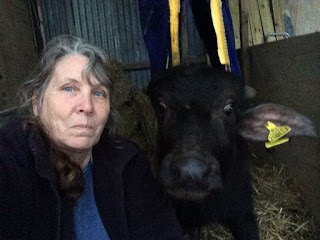 helping him to balance 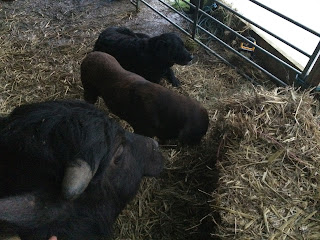 even the dogs were there to offer moral support 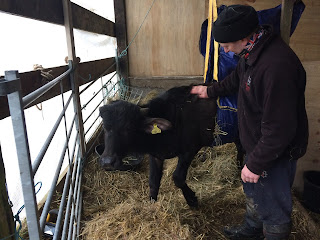 we noticed something wrong with his front left leg the vet came and confirmed he had injured his shoulder probably at the time of the seizure all we could do was keep working with him and give physio. 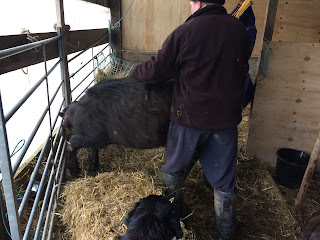 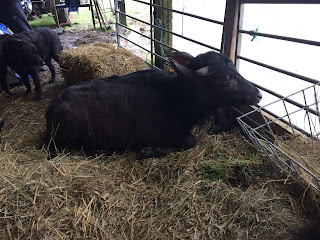 each time he would stand a little longer and even attempt a few steps.
Frasier on the morning of day 12 video
Then last night he got to his feet by himself a little wobbly but he did it, he hobbled around a bit then went down 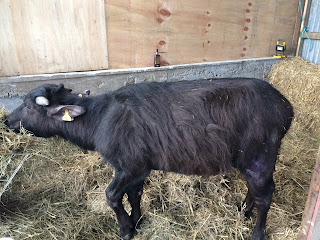 This morning he has got himself up several times
NO MORE HOISTS AND SLINGS
Frasier has turned a big corner and all being well we will let him out into the paddock at the week end.
Posted by Dawn at 01:49:00