A lot of our time just lately has been spent with the sheep. 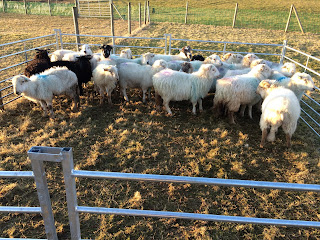 4 months ago we had our six Hebrideans and one stray manky sheep that turned up on the drive, since then another 17 strays have arrived in dribs and drabs, so now we have a flock of 24 18 of which the owner has failed to collect, we have wormed them we have vaccinated them and last week we discovered two of them had signs of Scab, a mite that causes the fleece to drop off among other things. At the cost of £104 we have treated the whole flock. 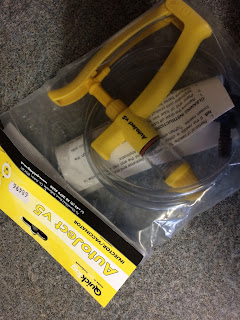 I bought one of these for injections makes the job easier, it fastens to the bottle and all I have to do is stick the needle in and squeeze the trigger and it refills. As well as all the medications there has been extra hay and feed and we suspect a few of them are in lamb. 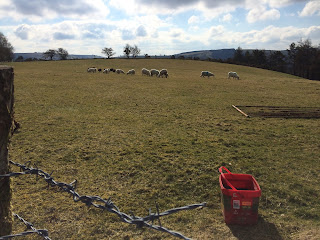 Today we moved them all to the big field with the slope, There is still some grazing there for them, 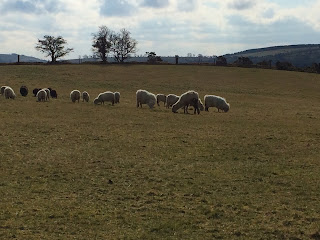 Also with the worst of the weather coming there is shelter there for them at the bottom of the slope. 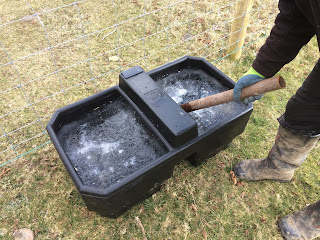 It has been cold and th ice on the water troughs needs smashing 3-4 times a day, but we are all prepared, extra straw bedding has going in to all the animal shelters, they all have extra hay, Martin has been down to the grit bins and brought some up to the end of the drive for us to use. Plenty logs stacked up beside the fires.
Plenty food and supplies in. 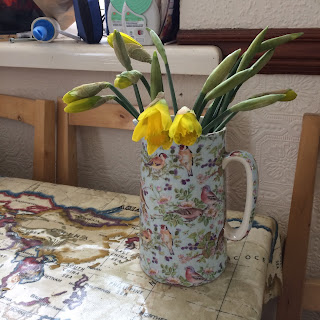 I picked the first of the daffodils that were just starting to open, 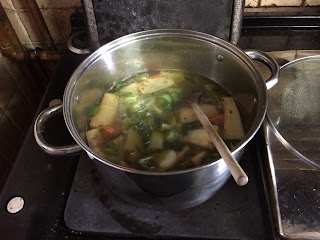 Pots of soup have been made for lunches 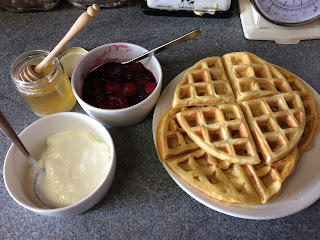 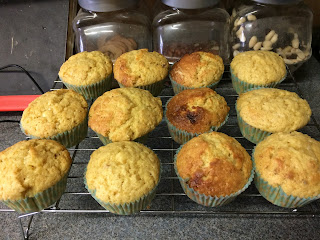 Strawberry and white chocolate muffins to have with a cuppa. 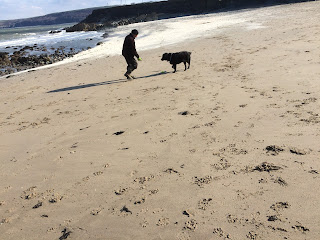 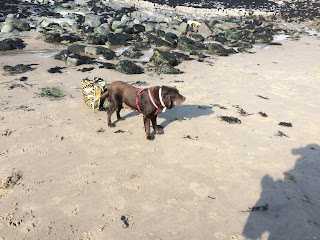 It was cold but lovely the beach was empty, we had hot chocolate with a bag of chips.
It was a chance to blow away the cobwebs before we hunker down, perhaps the weather has got it wrong.

Email ThisBlogThis!Share to TwitterShare to FacebookShare to Pinterest
Labels: sheep