Moving House The Bees Not Me

Today was the perfect day for moving bees,
early spring means the hive isn't at full occupancy,
Warm sunshine, blue sky and no wind.
The bees were active 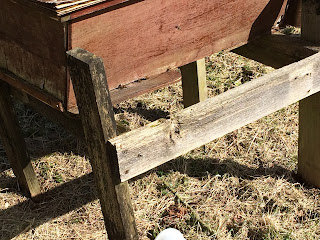 we have been preparing for this job since Autumn, and waiting for everything to be just right and have the time to the job without rushing.
Today was that day,
The old top bar hive the bees were in, is in a poor state and falling apart, making checking on the bees a stressful job as you never knew if the hive was just going to collapse on you.
But its not a straight forward job of just moving them into a new hive, we needed to move them from a top bar hive into a national hive with frames.
Top bar hive is just that all you provide is the top bars and the bees make the comb hanging off those bars to fill the space of the hive 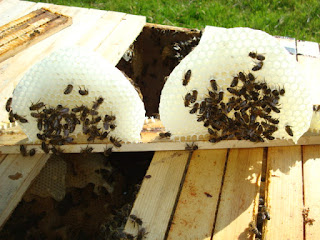 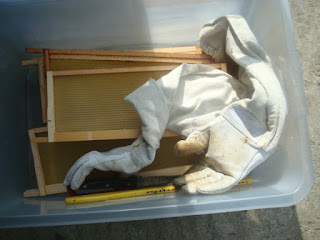 This photo shows some of the frames from a national hive, neither one is interchangeable with the other.
The job had to be done and I spent a lot of time trawling the internet trying to find some info on how to do it and just kept drawing a blank.
Then one night I had an idea well it was 3am in the morning I sketched it out to show Martin. 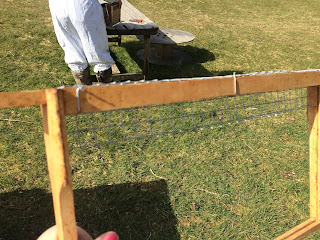 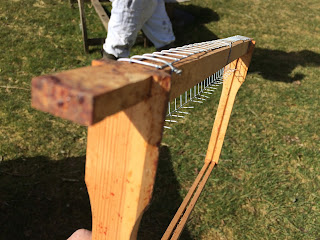 and bent the bottoms out to hang the comb from, as you can see from the photos that is exactly what we did.
And waited patiently until everything was right for the big move


It took several hours as I had to go through each bar of comb, finding the ones with brood on, cutting the comb to fit the frame 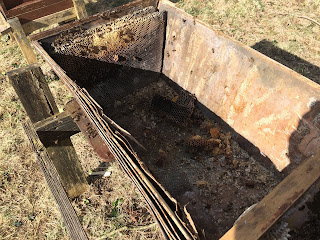 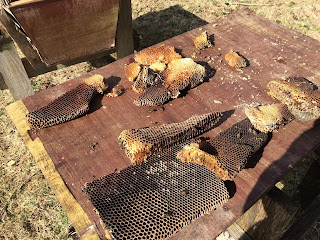 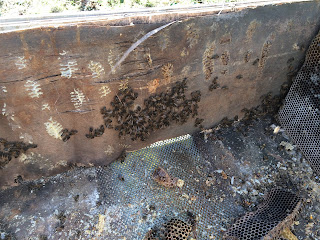 Now its just fingers crossed the queen is in the new hive, and everyone settles down and like there new home. 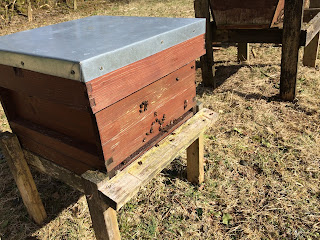 The new hive is sitting next to the old hive to encourage stragglers and those out foraging to come into the new hive.
In a few days I will check the hive there should be evidence of comb building and repair I will take some photos then as today I was trying to get them moved quickly so didn't take photos of the comb in the new frames.
It was a big sigh of relief to get this job ticked off the list.
We are looking to buy in some new colonies this year to occupy some empty hives and build up the apiary.
This colony has been with us for many years.
you can keep up to date with lots more going on through
Kev and Dawn's facebook group
Posted by Dawn at 09:41:00