Using The Sun
We have no shortage of it at the moment although I would love us to have good day of rain. 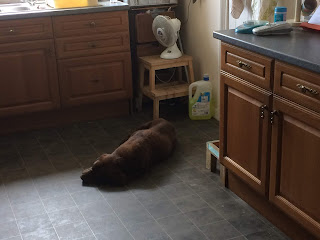 The dogs are being sensible staying in the cool of the kitchen Tess likes to stretch out in front of the fan, Sol lies in the long grass in the shade of the house, the other livestock tend to stay in the shade very sensible. 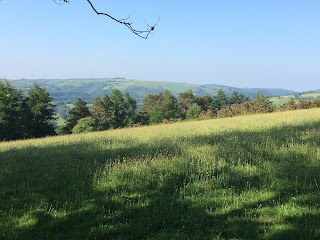 There is plenty of tree shade around, 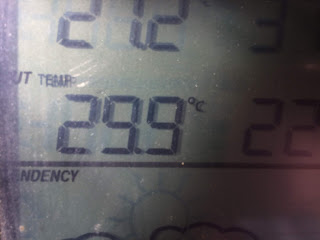 This has been the temperature 6pm in the evening, a change in routine has taken place, we are up at 5am all animal chores are done early, including poly tunnels, garden, foraging for the goats I can then be indoors by 10am before the heat gets to much, I dont venture outside much again until 4pm and we get finished at about 9pm with dinner outside, 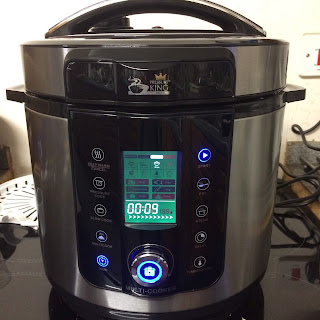 The Rayburn has been out and we cook outside on the BBQ, fire pit or I cook dinners in the electric pressure cooker, of course lots of salads are on the table as well.
The Rayburn heats our water as well, we have an electric shower so thats not a issue and the washing machine works on a cold fill. 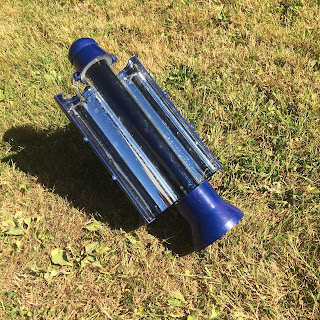 I have been putting the solar kettle to use, I got this about 10 years ago and it has paid for itself many times over 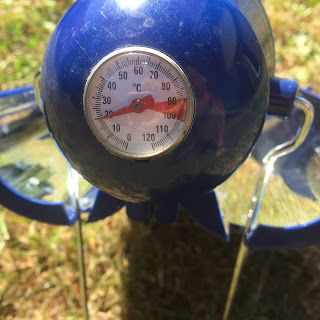 It takes about 45mins from cold 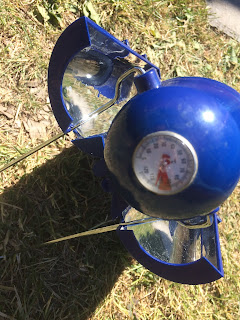 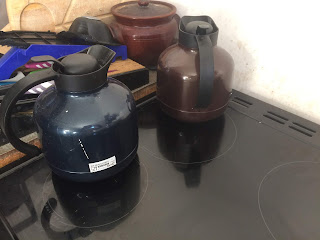 I put boiling water into the thermal jugs and we use it for washing up, also for a cuppa. We are getting more than enough boiling water for our needs.


Water is a bit of an issue at the moment 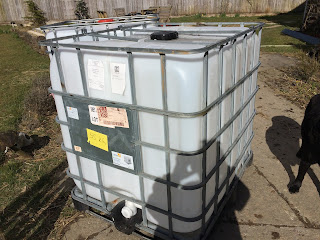 We have 19 IBC tanks that are used for rain water collection that is used in the poly tunnels and for the livestock,
each tank holds 1,000 lt,
We have just had our water bill in for the last 6 months £49 cant complain at that.
we bought in extra ones this year and now all but 1tank has run dry, this means a lot of hauling water for the animals 3 times a day, we got a couple of extra hoses and have re filled the tanks for the animals from our mains supply, and moving water to the far end fields with the water pump fixed up to the generator. 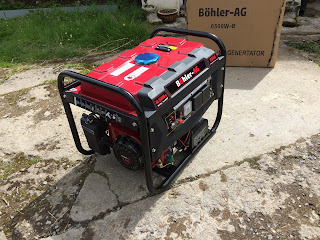 A bit of equipment we invested in earlier this year that has also proved to be a worthwhile investment.
Even I can use it.
The remaining tank we have I have been using for the poly tunnels but that will run dry after this week end, I do watering in the evening and only do it twice a week for the things in the ground using half a tank for each tunnel.
The solar powered fan I got the poly tunnel has been running every day and want to get one for the other tunnel now.
Now the sweet corn is forming it needs pollinating and the fan is doing a great job creating a breeze through the tunnel.
The forecast for the next week more sunshine.