There Are New Additions On The Ranch

I have such a lot to post about so I am going to mush a few posts together to try and get things up to date.
New additions we have a few
Lavender and Petunia have calved 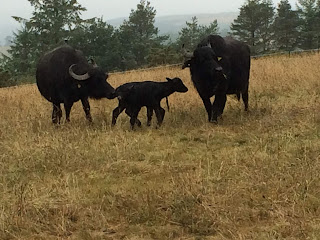 Lavender calved first early morning to a little girl who we have named Lily, Petunia calved a few days later to a little boy named Percy, neither needed assistance we just found them with there calves. 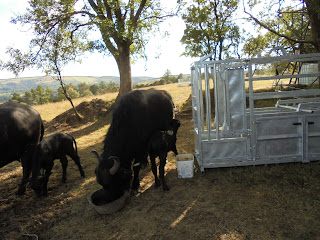 They are now 10 days old 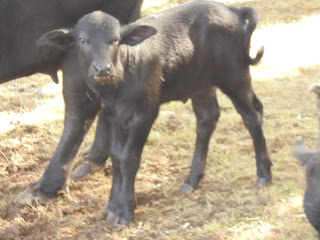 and growing at a rate of knots 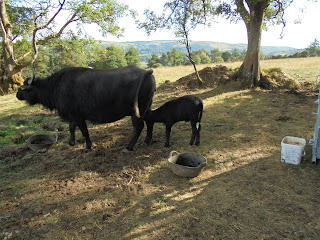 They are both feeding well. 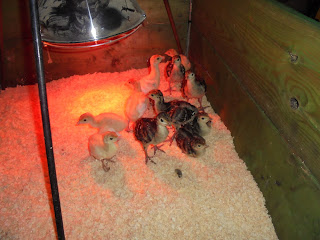 Turkey Poults have joined us, they are a week old.
We have a mix of Bronze and Roly Poly Whites.
Now I just have to keep them alive.
They are still under heat and wont move out for a good few weeks yet. This gives us a bit of time to put together a new run and house for them. 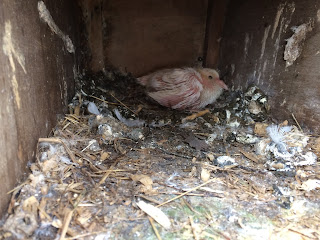 we have had another Dove hatch out,
we are up to 5 again now,
and she is sitting again on a nest,
The doves are still living in the fruit cage safe from the Hawks.
we need to get an aviary built and get them into a place of there own. 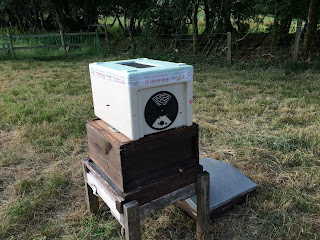 We had two new nucs of bees on order for ages and finaly we got the notice they were ready for collection. 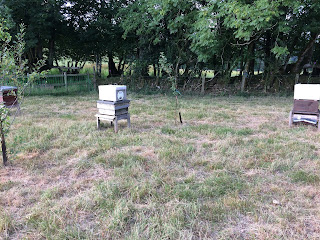 Martin picked them up from Sussex making a detour on one of his trips home, the bees spent a couple of days settling in to new area in there Nuc boxes, we then moved them into there hives.
All settled in now down in the orchard area.
This week end we hope to pick up some piglets more new additions.
We just have to get there house in place and electric fencing set up.
Its all go here.