It All Went Well

We have just gone through our first TB tests 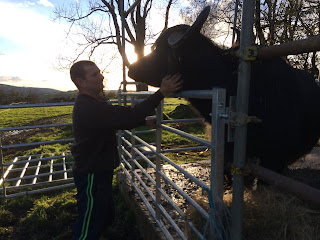 We had the pens set up and a plan in place, the Buffalo were brought in the night before, everything was set up ready for the vet to come. The mama's have gone through this before and familiar with the crush, the vet has never TB tested Buffalo before but has come up several times and met them.
All went well, that was until we got to the calves who are a lot smaller and they needed there ear tags going in.
Percy decided he didnt like it and manged to turn himself around well sort of fold himself in half really and got jammed.
There was a lot of pushing a shoving to get him round the right way and through the gate at the end, all this time the mamas were getting concerned at the other end, you dont want to be confronting and over protective mama who things you are doing harm to her calf. 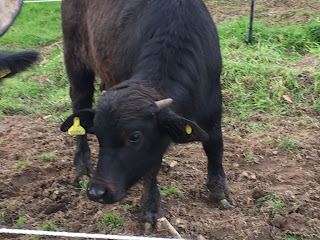 We got the process done and ear tags went in, of course a few days later we had to put them through the crush again so they could be checked, this time none of them want to go through, Martin Vet and me were trying to herd these big beasts through the crush who had other ideas, we managed and all was good we passed the tests.
Thank goodness we dont have to repeat it for another year. 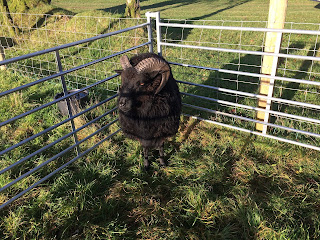 We also had worming on the agenda, we dropped poo samples into the vets to do some Fecal Egg Counts, Alpaca were clear and Buffalo were clear, sheep and goats needed worming and we needed to raddle the ram, he is a fine looking fella but he has an attitude problem.
Martin had a bad confrontation with him the other week and his leg is all the colours of the rainbow. 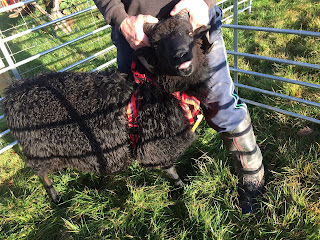 Raddle is on with a yellow block, the idea is when he mounts the ladies he will leave a yellow smudge on there rumps, once we know he has done his job he is going in the freezer and his fleece which is super curly is going off to be tanned. 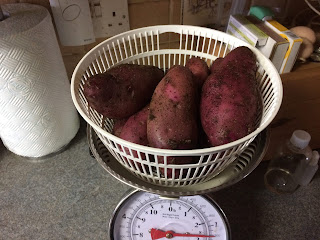 We are now harvesting the third lot of potatoes this year, the name escapes me of these but they are yummy and fairly special. 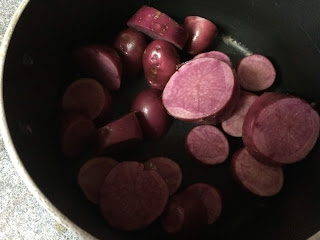 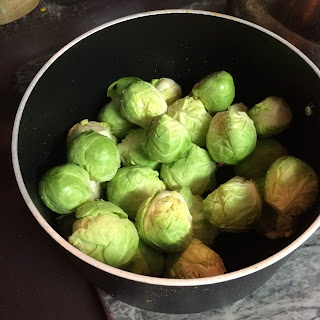 First of the sprouts harvested and it looks like we are having a fab harvest of them this year.
am going to wind up with a video of the Turkeys, during the day they free range, late afternoon they are brought back in.
These Turkeys this year are looking really good.
So its time to get your Christmas orders in.