That Warm Glow Inside

Nothing feels better than knowing you are all prepared for winter,
Every corner of the barn is filled with bales of hay for Goats, Alpacas and sheep. 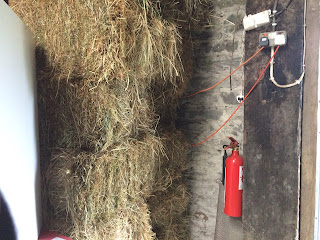 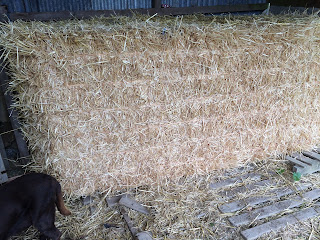 22 wrapped round bales of silage for the buffalo this winter they are staying in the buffalo house and yard, we plan to put them in December and they will stay in until end of March start of April
They will be on a deep bed system of straw, and fed silage and cow cake rations with some shredded sugar beet. We got the Buffalo last December and we were feeding them hay as well as letting them graze but with wet weather the fields became rutted and full of pot holes, we are not doing that again. 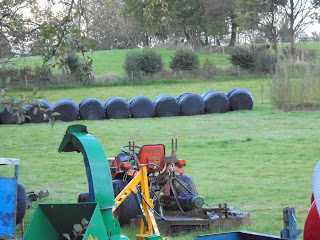 The log sheds are full, lots of bags of starter wood, so there is no fear of us not keeping warm. 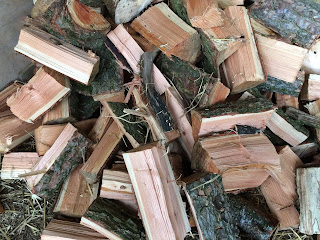 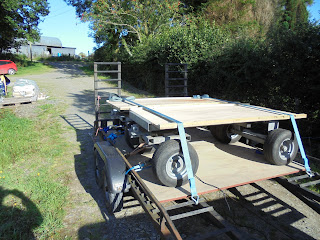 Back in summer when we struggled with keeping everyone water troughs filled and most of the day was spent carting water over in 60l containers fill a water trough for a water buffalo to slurp it all down in one go or stand in the trough and then tip the whole thing over to make a mud wallow and you would have to go and fetch more, Martin spotted these for sale on ebay and bought them both.
He had a couple of spare IBC tanks 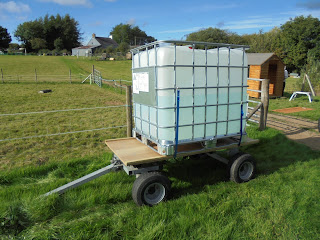 The tanks are now secure on the trolleys they can be moved around easy with the quad bike or tractor, filled up taken and parked up were needed, we have hoses fitted to the taps so filling troughs is easy peasy.
We still have a few preparations to make for the coming winter but we are ahead of were we were this time last year.
We just hope we are not having another freezing Siberian one like last year.