A Real Mish Mash Of A Week.

Sunday 10th March
Another storm blowing in means a day spent indoors, I was down the cabin preparing for up and coming craft fairs, in the evening I was shelling more walnuts this time to make us some walnuts in honey. 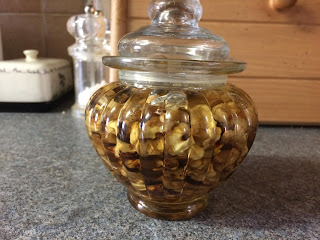 we have this on yogurt.
Monday 11th March
The sun was shining the storm had blown over, once the chores and animal feeds were done  we had a big warming bowl of vegetable soup (trying to use up veg in the freezer before new harvests start) 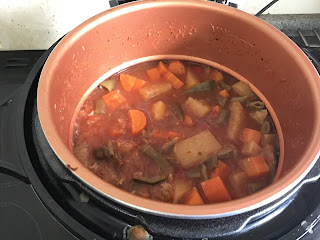 then we
headed down the beach with Tess 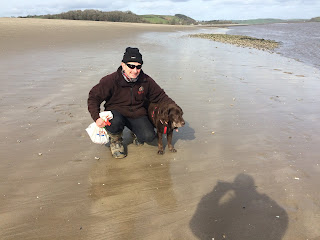 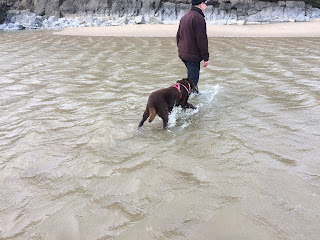 and we even got Tess to have a paddle another first for her.
Tuesday 12th March
I was meeting up with the sewing ladies today, before going we had to get the generator set up
There was going to be a scheduled interruption to power and we had eggs in the incubator, the power went off at 9-30 and returned on at 2-30pm, could have been fatal to the developing eggs.
I headed over to pick up Jennie and we headed out to Ponterderwe, 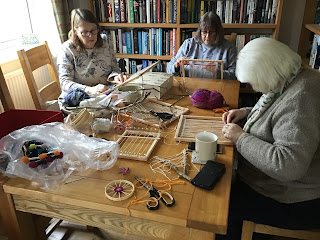 we were doing lots of weaving things. I didn't get home again until gone 6pm.
Martin got the water troughs complete in the goat house 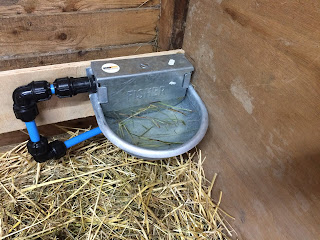 They are self filling and run off the IBC tank that fills with rain water off the roof of the goat house.
Wednesday 13th March
Another stormy day blowing through,
We had a special delivery 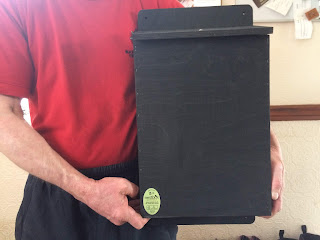 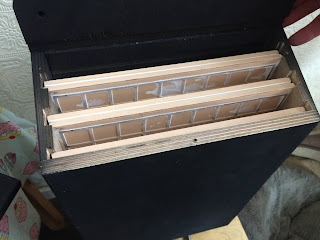 Inside is these brick things separating compartments for the nursery 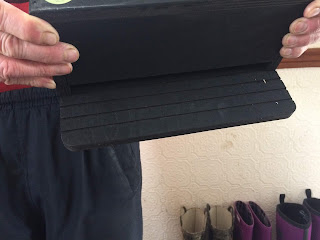 the entrance has an alighting platform to make it easier for the youngsters to get in while they are finding there wings.
Now we have to get some scaffolding up so we can get it in place.
In the evening after dinner we went to the Smallholders meeting, tonight's talk was about Poly Tunnels.
Thursday 14th March
A day in the poly tunnel for both us.
The crayfish are doing fine in the Aquaponics tank 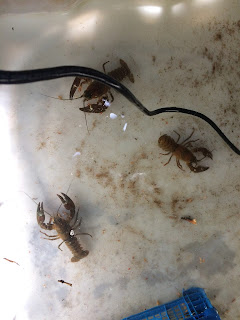 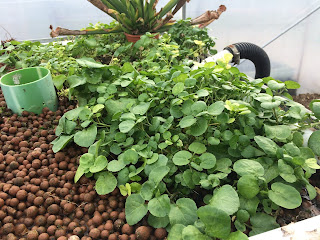 I set some lettuce and spinach seedlings in the grow bed 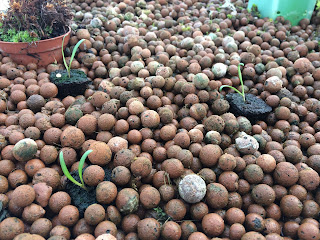 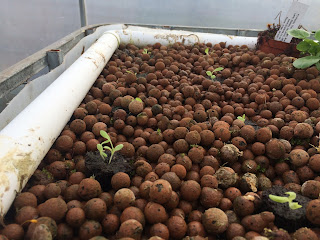 We got some new beds prepared 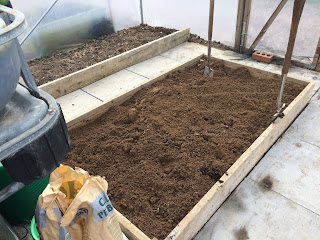 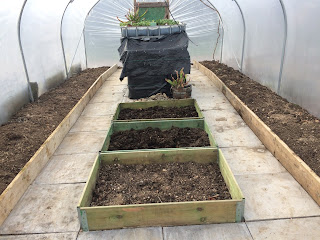 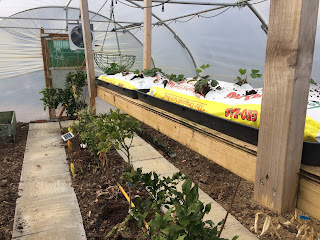 I have been tidying up the strawberries 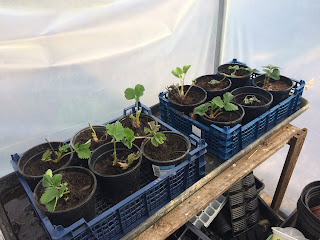 and potting some on, these are going to stay in pots this season. 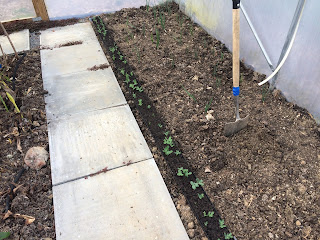 The peas growing in the guttering are about ready to plant out.
This poly tunnel is next to get boards along the borders.
Saturday 16th March
Its been a day of willow, I needed to get a big ring made from willow whips to start forming the shape of the roof on the willow dome. 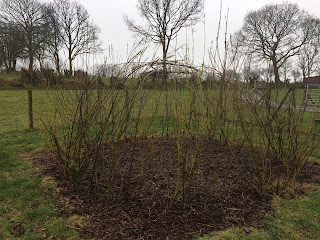 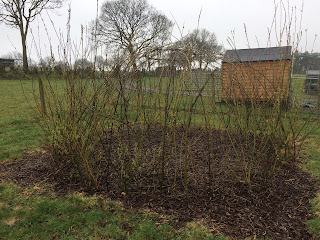 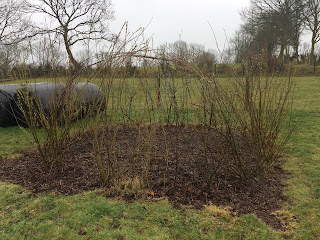 the long side shoots are getting fastened into the ring,
I still have all the sides to weave in, but my hands were getting cold. I might make some smaller rings and put them in as windows.
Its taking shape and I am looking forward to seeing it in full leaf this year.
I will leave you with this little video I took of the Turkeys.