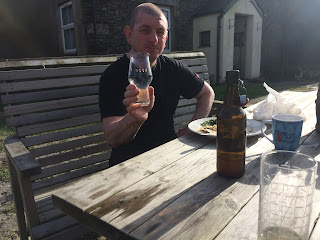 The sun was shining, it was unseasonably warm, lunch was outside and we sipped Elderflower champagne that was made last year, life doesn't get much better,
In the morning I went with Tess up to the woodland field 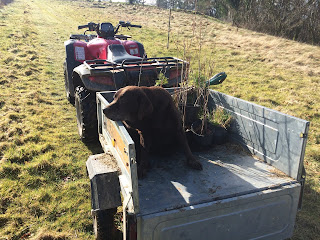 we were planting more trees and we popped along to say good morning to Sol his resting place is at the top of the field, we can see it from down beside the house. 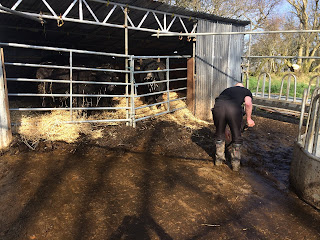 Martin was on mucking out of the Buffalo, re filling there haylage,
I got the poultry houses cleaned out, so everyone can start the week with clean beds.
Monday 25th Feb
Another sunny day we are really being spoiled with this weather
I had one of the hebridean sheep fleeces soaking in a bin in the poly tunnel, cleaning it by the Sunit method basically soaking the fleece in rain water for several weeks and letting it ferment with the grease and poo and this naturally cleans it. 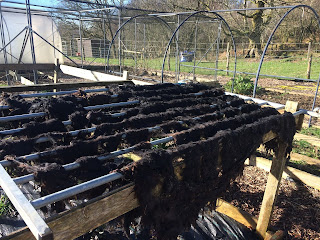 The fleece I had soaking was taken outside rinsed off with clean rain water and left to dry.
The Poly tunnels were on the list for cleaning too 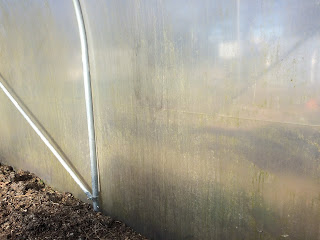 All this green algae which forms on the inside and outside has to be washed off to let as much light through as possible. 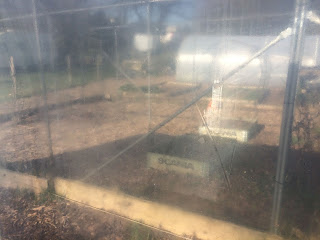 It makes a huge difference and its best to get it done while the tunnels are emptyish rather than dodging around plants.
I use a product called Algone its organic and does an excellent job.
Tuesday 26th Feb
The smoker was set up as I needed to get some bacon hocks and gammon's smoked 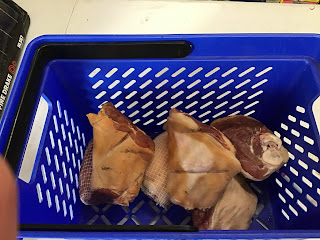 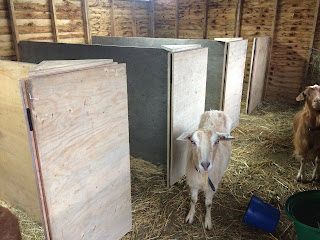 There is a couple of reasons for this, firstly Helen is a greedy pig and pushes her way through every ones feed buckets eating all the tasty bits, Helen wont be having kids again and is piling on the pounds she needs to go on a diet. Poor Enid of course gets pushed out by everyone and is a skinny minnie. 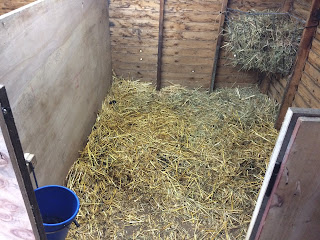 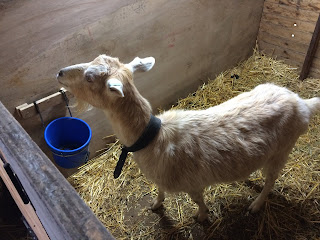 Enid is very pleased to have her own feed bucket and not get pushed out. Also another reason is come kidding there will be space for mums and kids to be together  without the interference of others. 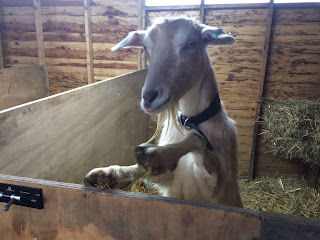 Enid saying thank you for my own place.
We just have a self watering system to sort out for them now, we have looked at various systems and think we have found the answer.
Wednesday 27th Feb
I dug out all the chili's we had in the freezer from last year
found a recipe for chili paste and set about cooking them up. 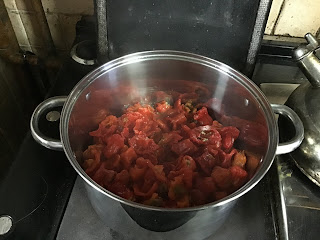 Thank goodness I could have the back door open and the smell of hot chili's soon became over powering. 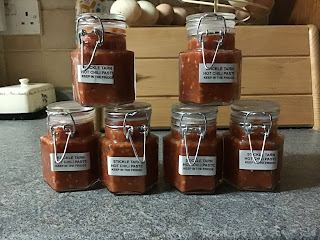 I did one big jar for us and made half dozen small ones to take to the village market with me.
Half a dozen duck eggs have been set in the incubator 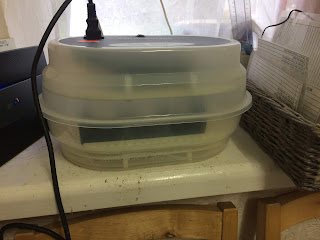 These will be raised for the table
Thursday 28th Feb
The weather has changed back to normal now for the time of year
I spent most of the day in the cabin, crafting various items while being watched by the wives of Stanley 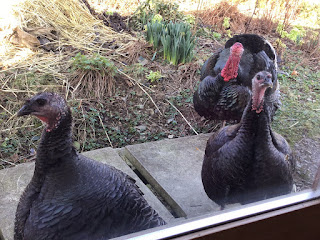 and making some Beeswax wraps to add to my stall 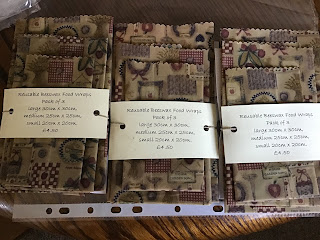 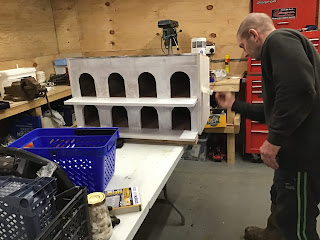 Making a new villa for the Doves.
We are going to build them a new aviary in the front garden were we can let them out to free fly for a few hours a day and fingers crossed keep the predators at bay, they need a new home as there one is becoming a bit dilapidated.  More on this project as it takes shape.
Friday 1st March (St Davids Day)
we celebrated St Davids Day with Leek and Potato soup for lunch 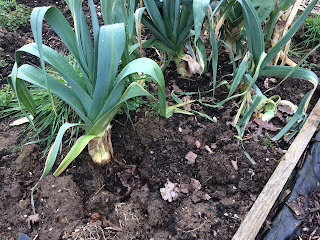 The leeks have been fab this year and we are now down to the last few that I must get put in the freezer and get more seeds on the go.
No rain today so another time sensitive job had to get done no matter what.
There is those turkeys again, your never alone when you have turkeys. 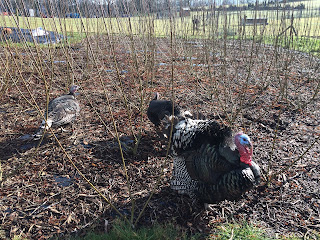 The willow in the bio fuel area 1 had to cut back to three main leaders, there was a lot of willow whips cut it took me most of the day and very sore hands later, felt like I had fat sausage fingers.
The whips will be cut down for re planting in section 2 next week.
Saturday 2nd March
Today was village market day for me, sold some of the Beeswax wraps and Chili paste, along with other things, we have major building work going on at the village hall and space was limited.
It is a nice social get together of villagers and we have a little cafe area were bacon sandwiches and home made is on offer.
Once home the afternoon was spent catching up on housework and preparing dinner.
A lovey end to a lovely week.