A Very Sad Week with Highlights

Sunday 31st March
Clocks changing and Mothers Day rolled into one, the clock changing always throws me out  for a couple of weeks, really don't see why we have to go though this ritual twice a year as we are very much a 24hr society now. 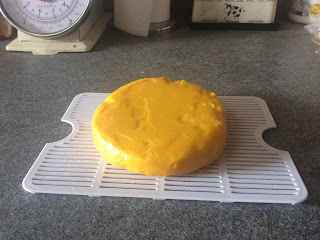 The Cheese got waxed a few weeks then it can be tasted and decided if its worth doing any more.
Monday 1st  April
Oh my such a sad sad day. 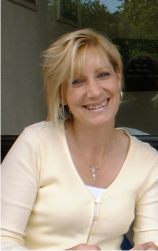 This is Maggie, We have been best friends for 14 years, Maggie lived in Hull and I lived in Milton Keynes when we first encountered each other, we met through a crafting forum and hit it off instantly,
Maggie was disabled with a genetic disease Vascular Ehlers Danlos  she also had other complications, She had a fantastic sense of humour and out look on life, our relationship was constant phone calls lasting hours, we did manage to meet on several occasions too.
Maggie passed away early morning aged 53. I am devastated and still cant believe she is gone.
With all the sadness of the day we took Tess to Pembery sands, it gave me chance to  blow away the cobwebs and remember Maggie. 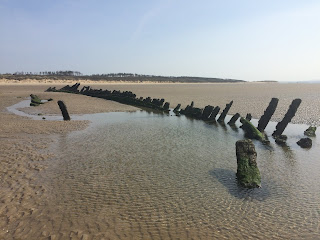 The old wreck on the sands 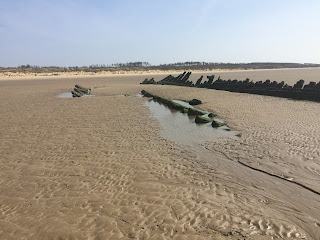 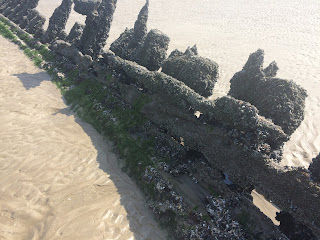 and believed to be from the 18th Century 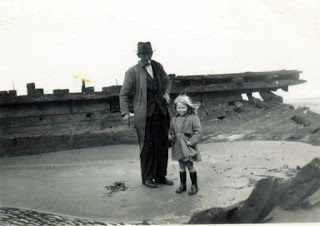 This photo was taken in 1950.
Tuesday 2nd April
After the sad news of Maggie, good news was just around the corner, Maggie had an assistance dog from Dogs For Good (formerly Dogs for the Disabled) it was were Sol and Kara came from when they retired, We got a phone call to say Paige who was Maggie's dog was ours, we put in the request on Monday as many a time Maggie had said when Paige retires she would be coming to our little farm, her family followed up on her wishes as Paige is too old to be retrained now.  She was being boarded in Manchester and Martin would be collecting her later in he week. 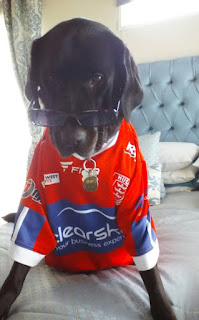 Wednesday April 3rd
Martin is away at work,  and I got up to this 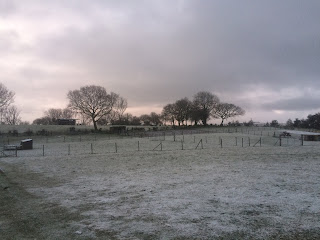 Snow and it was bitterly cold after the spring sunshine days we had,
Still muddling through the days and making arrangements to travel to Hull for Maggie's funeral.
Thursday 4th April
Yet more white stuff what is going on with the weather
A short video of the new lambs in the snow.
Friday 5th April
Yeah the snow has gone and the sun has come out, spring has come back.
Martin came back today and brought Paige home. 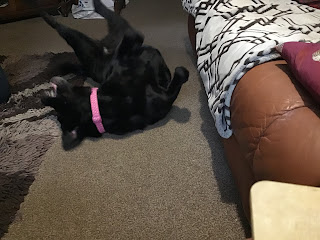 She settle in straight away 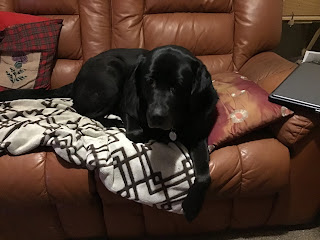 and made herself at home, she is a bit on the chunky side so this young lady, who we think is 7 we don't have her paperwork yet, is on a diet, the last few months of Maggie's life she wasn't able to exercise Paige and her waist line has expanded. It wont take long to get her in shape, her coat is like velvet so soft and in fantastic condition.
Saturday 6th April
Another sad start to the day, one of the lambs was taken by a fox overnight. It was one of a twin born a few days ago. So now we are waging war on the fox population around here.
Paige has been running around the fields like a lunatic at this rate she will be slim in no time. 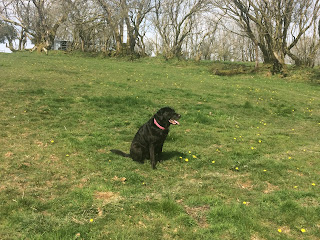 She has introduced herself to all the livestock and the ducks were not impressed and saw her off.
Tess had a lovely present today
As you have seen on the blog, Tess is not good on long walks her back legs are just not up to it. We end up cutting walks short and having to carry her. 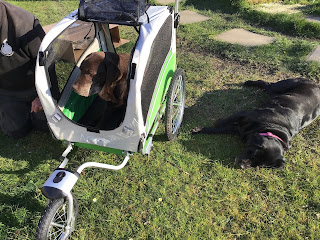 Tess now has her own princess carriage 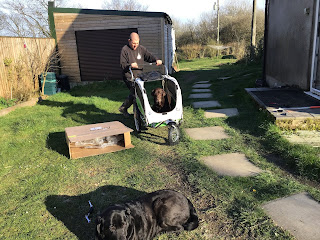 So now when her legs give out she can hitch a lift and enjoy the rest of the outing in style.
Its was an exciting day for the buffalo too
here is another short video
After being confined over winter they are now back on grass, and they were so excited.
So all in all a very up and down week, with life comes death, with sadness comes happiness its all one big circle that balances itself out.