Phew One Of Each 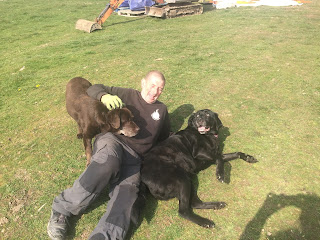 In the poly tunnel, strawberries are flowering 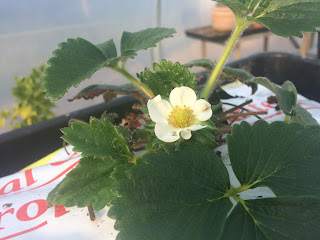 The citrus trees are coming back into flower 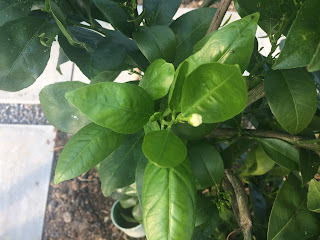 and lots of lovely new growth. 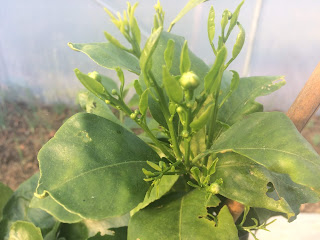 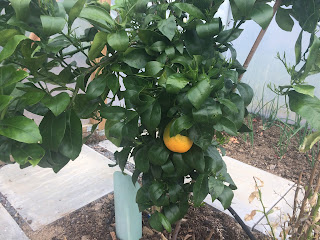 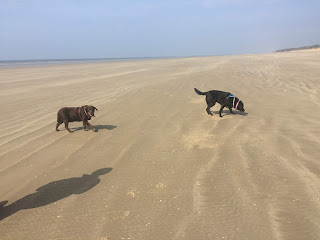 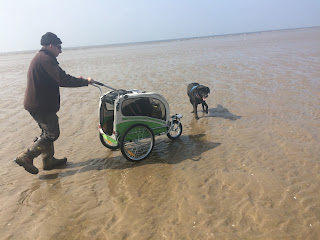 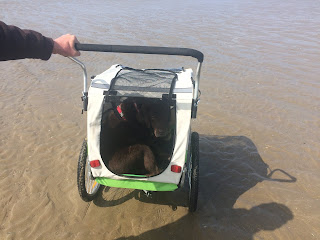 to continue the journey in style. 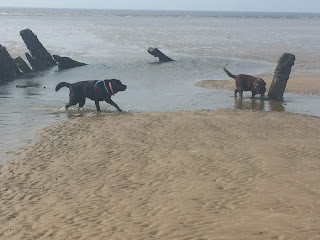 after a rest she was back out enjoying herself, having a paddle with her new friend. 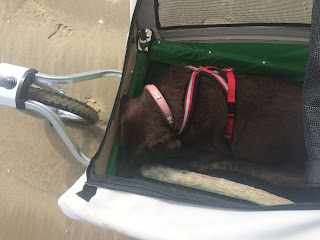 There was one very tired dog who snuggled down to sleep on the way back to the car.
Tuesday 9th April
A day spent in the poly tunnel, the beds have been topped off with well rotted manure and covered over with Silage Sheets. To try and retain moisture, heat up the beds and as I plan to plant through reduce weeding 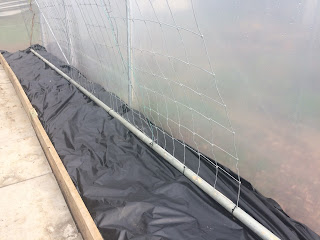 climbing frames made from stock fencing have been put all along one side. 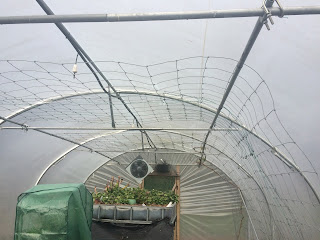 and wrapped over the top of the bars 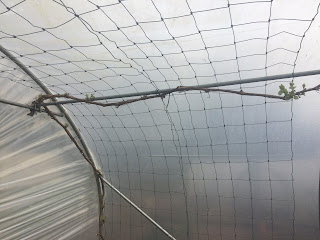 The grape vines have been tied in along the bars. 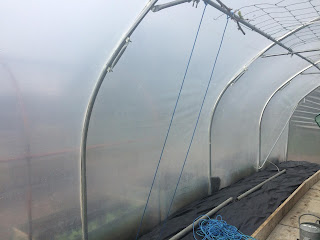 the other side also had the sheets put down and the ropes weighed down with scaffold tubes are being put in place for the tomatoes.
Wednesday 10th April
We have some rain forecast the first in two weeks, so I headed up to the top field that was torn apart by badgers 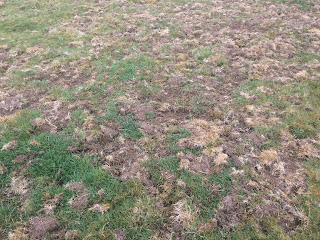 and did some re seeding, we got a sack of mixed pasture seed from the feed suppliers. 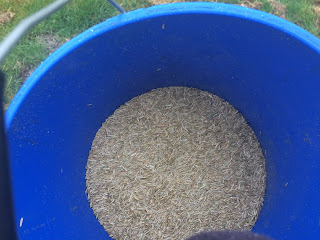 I had to hand broadcast it, but hopefully it will take.
The rain was just starting as I finished, by the time I got back to the house it had stopped, the downpour never happened.
Thursday 11th April
Trimming goat feet Wednesday morning and I pulled my back, as the day progressed my back got worse so it has been lots of rest me for a chance to start organising some computer files 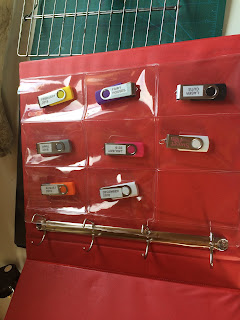 and getting stuff on usbs that I use all the time save me time going through files on the computer.
The sun was out and its time to start hardening off the ducklings 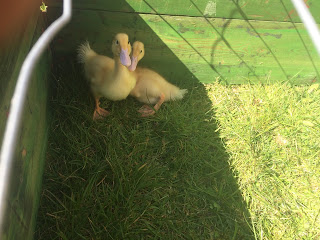 They had a great time exploring grass for the first time.
Friday 12th April
Martin has gone to Bristol, he had something special to collect,
still having back issues but it is improving,
so spent the day baking 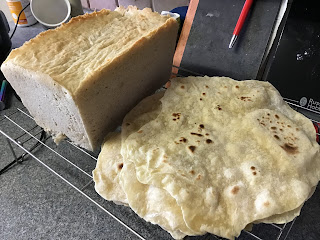 Tortilla wraps  and a loaf that over rose and collapsed on me, but sill edible.
Martin got back late afternoon 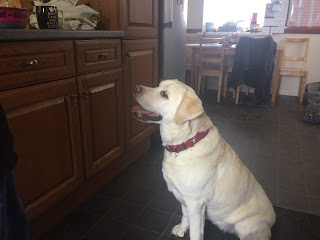 and here is the special collection.
Mia, it has been in the planning stage for several weeks Mia coming here to retire, she turns 9 this year and she as placed with a young boy who was Autistic but situations change and Mia had to be removed.
Saturday  13th April
Its been a day of adjustment and getting to know you day, with three dogs in the house we only ever planned two, 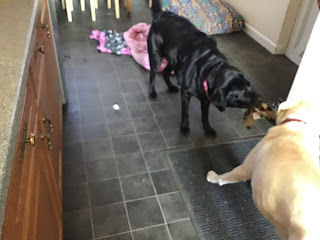 Paige and Mia similar age like to play tug of war. 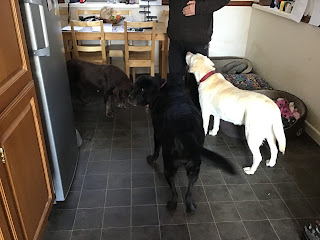 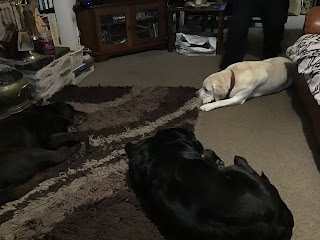 A trio of labs one of each crashed out in front of the fire. 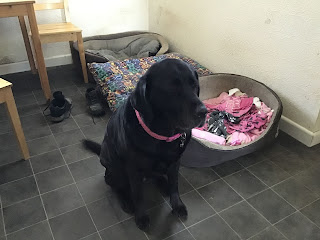 Paige has had her fist weigh in week 1 and she has lost 1kg
Well done Paige.