It Is Not A Good Year So Far

We have had some rough times this year, it can only get better I keep telling myself.

Thelma kidded a lovely set of triplets, Elvis our Billy has proven to be a great dad, 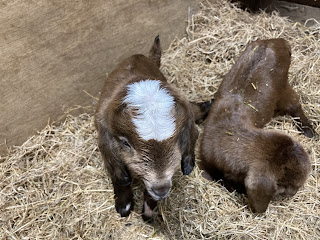 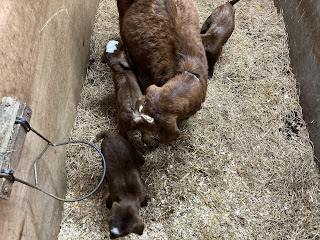 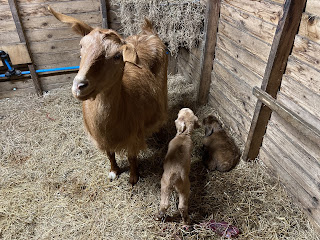 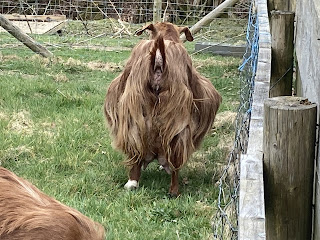 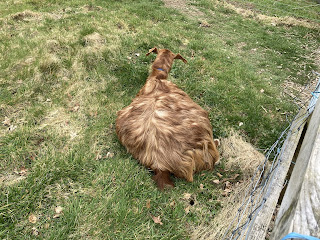 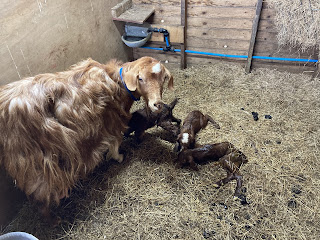 All our kidding was finished for the year, seven lovely little kids, 4 girls 3 boys, all feeding fine.

48 hours after Connie delivered, we went to do the morning feeds and sadly found Connie curled up in the corner she had passed away.

We don’t know why, there had been no signs of anything wrong, everything seemed normal after the delivery.

We brought the kids up to the house to warm up and get some milk into them, getting them to take a bottle was a challenge but lots of small offerings throughout the day we had some success, the little boy kid was reluctant to feed and seemed sleepy, I popped him down to vet who checked him over, got some electrolytes into him etc and he perked up. 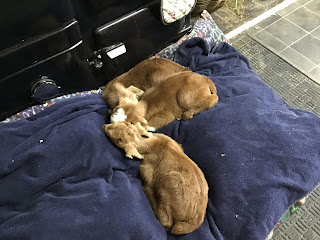 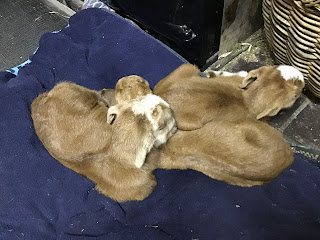 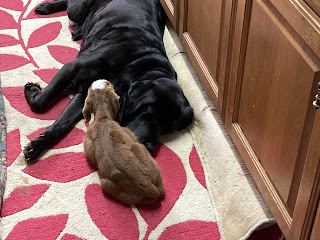 Sadly we lost the little boy over night.leaving behind the two little girls.while this was going on we had another loss, Mr Stanley the stag Turkey he was being over amarous with Mrs Stanley and keeled over with a heart attack. 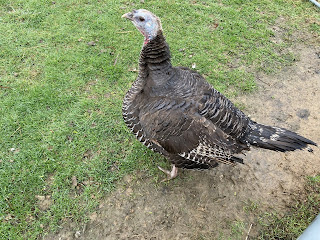 Mrs Stanley Pinned for the next few days losing here life long mate was hard, we rehomed her to some one else who had turkeys.

The little kids are still doing fine and have taken to the bottles well, they are back in the goat house with all the others we have set up a heat lamp for them and all the kids snuggle in there together. 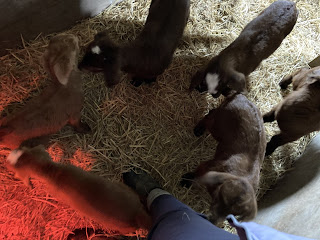 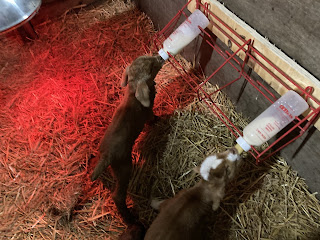 Losses are always hard it’s part of keeping livestock, you can’t win all the battles