One For Us One For The Freezer 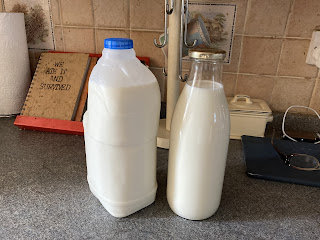 The morning milk round every morning regardless of the weather for six months of the year at 7am is my job, Martin likes the goats but just can’t get on with milking and unless for some reason I couldn’t do it which hasn’t happened so far this year he avoids it, we are only milking two this year, Thelma who is 7 years old and one of our originals and Bunty who is the daughter of Connie who we lost after kidding this year. 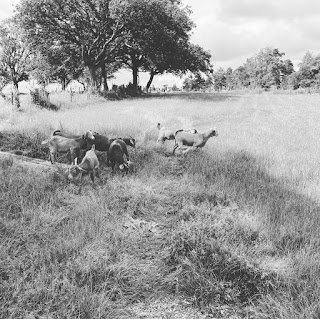 This years kids are now fully weaned and we have three does looking for a new home, the two bottle reared does we are keeping to join the milking herd, the two young billies will be raised on for meat.

We practice ethical milking  when the kids reach about 5-6 weeks  old and are eating hard food and not so dependent on there mums we start separating at night, starting late night and then milking in the morning before the kids go back and gradually separate earlier in the evening, after a couple of weeks they happily run into there stall for there food we are then full on milking in the morning, it’s time to wean completely at about 4-5 months we do this by watching kids interact with there mums, they don’t rush to feed off mums in the morning they are more interested in what other food is about and the mums are starting to push the kids away, this is when we know the time is right, the kids are moved to there teenage accommodation in another none adjoining field, they have there house a shelter, climbing frames and plenty of space, after 24hrs mums and kids settle well with the separation , we are getting roughly 5 pints a day from the two mums in the morning, we only milk once a day. 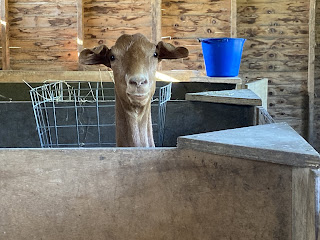 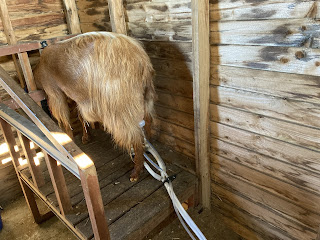 We have a good relationship with all our goats, the mums have there own stalls , they go in them for feeding and are shut in while eating, this stops any bullying over feed, Bunty eats very quickly and Thelma is a slow eater if they were fed together Thelma would not get the ration she needs, also feeding apart when they have just kidded we can increase the food they need the same goes when they are getting nearer there time, they eagerly come on to the milking stand in the morning, there is no pushing pulling or shoving them, once on the stand they get an extra food ration this is in according to how much milk they produce, Bunty will give about 3.5pints were Thelma will only do about 1.5 pints, while on the stand they also get a bit of grooming and it’s a good opportunity to check them over and do feet trimming. 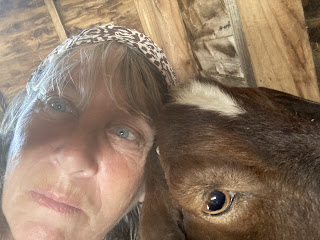 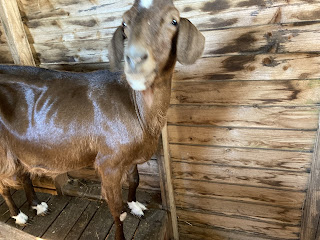 We have a good relationship with our goats, they come when called, they are very wary of strangers and like there routine,

We add a natural wormer to there feed the first week of the month which means no milk withdrawal, we dry them up by reducing the milk taken over a couple of weeks then stop , ready for the Elvis our Billy to come visiting, before mating October November time we do a Fecal Egg Count with the vet and use the appropriate wormer recommended, making sure they are in tip top shape before coming into kid, 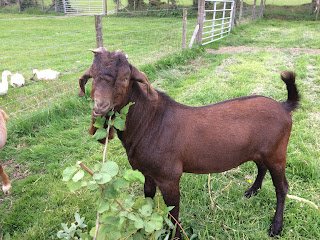 Elvis stays with the girls until Christmas making to make sure he catches there cycle , in between we hire him out he is very good at earning his keep and loves going on holidays visiting other ladies. they come into season every 3 weeks we aim to have kids in the spring when the weather is better, , just about every day we collect forage the goats and they love have branches to chew stripping off the bark, it helps to keep there teeth in good shape, brambles are another favourite along with anything from the veg garden that has gone over. come spring we are kidding again and the whole cycle starts again.

Elvis is Red Boer and the  ladies are Boer Gurnsey cross.